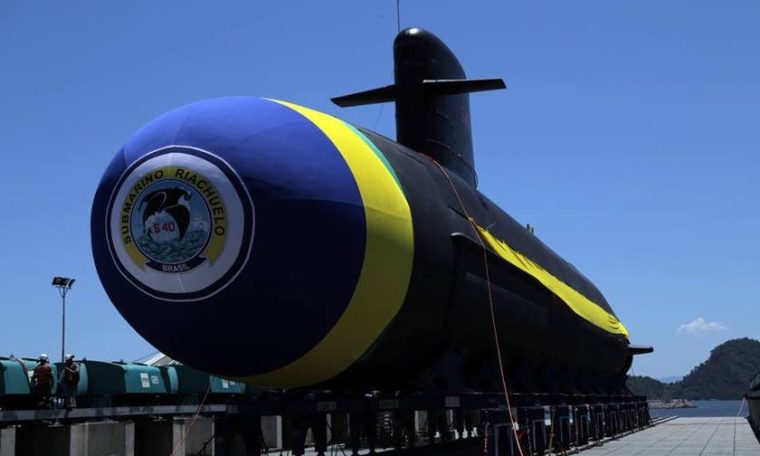 A naval engineer and his wife arrested in the United States on espionage charges since October 2021 tried to sell secret technology to Brazil from the reactors that power American nuclear submarines. The revelation was made by the newspaper This Tuesday (15/3) the new York Times (NYT), which told the couple’s full saga and their contacts with Brazilian authorities, from the theft of secrets to the country’s government’s cooperation with the FBI.

Jonathan Tobe worked in a US Navy unit in Washington, where he spent years stealing documents about submarines’ nuclear reactors. Reportedly, he and his wife Diana decided in 2020 to sell the secret material.

However, he recognized that doing business with the Americans’ biggest rivals, Russia and China, would be unethical—even for someone considering handing over the country’s national security secrets to a foreign nation. Was.

Then they may have come to the conclusion that there is one country that is rich enough, not hostile to the US government and very interested in the technology they got their hands on: Brazil.

As the NYT reports, text messages that surfaced in the court conducting the case against the couple suggest that the two may have sent a letter to an unidentified Brazilian intelligence agency.

However, Brazilian authorities decided not only to decline the purchase of the information, but also to immediately demand an FBI attach to Brazil. The US agency then decided to launch an operation aimed at catching spies in the act. He hired a man pretending to be a Brazilian official to show that the country’s government was very interested in obtaining secrets for sale.

Months after this, the FBI arrested Jonathan and Diana, who lived in Annapolis, Maryland, 40 km from Washington, in October last year.

In February 2022, both pleaded guilty to espionage charges. He faces an estimated 17 years in prison; That, out of three.

The current project to develop the first Brazilian nuclear propulsion submarine (SN-BR) began in July 2012 during the first government of Dilma Rousseff (PT), but the country’s interest in the equipment dates back to 1978, still during the military dictatorship. Following was a spasm of interest from officials in post-democratic governments, such as in 2009, when then-president Luiz Inácio Lula da Silva (PT) announced that the country would invest more heavily in the sector.

The idea is that a final first submarine nuclear unit will be delivered by the end of 2029. The Navy has yet to move anything close to building the vessel, but it has already chosen a name for its potential. The project continues: “lvaro Alberto”, in tribute to Vice Admiral and Brazilian scientist who initiated Brazil’s nuclear program and established the National Council for Scientific and Technological Development (CNPQ).