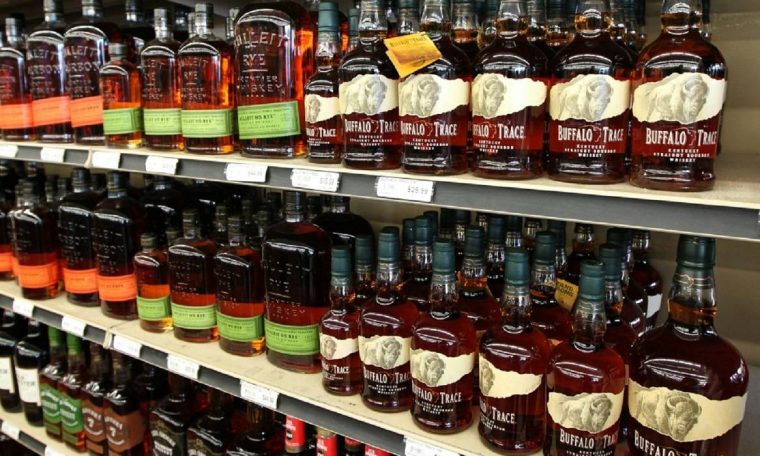 Alcoholic beverages: Brands of bourbon, whiskey, champagne, cognac and tequila (AFP/AFP) are on a list of 43 products with sales limits.

First there were computer chips, now alcoholic beverages: The global supply chain problems of the pandemic are becoming really ‘spoiler’ for the holidays in the United States. America.

The State Liquor Commission said that in Pennsylvania, due to continued disruption in the supply chain and shortages of products, officials have limited sales of certain brands per person per day through Sept.

The limits apply to stores that sell alcoholic beverages and to bars and restaurants in states such as Pennsylvania, which have a monopoly on the sale of certain types of alcohol.

“We routinely put per-bottle caps on products for which we know demand will exceed supply, so that the product can be delivered as efficiently as possible,” said Sean Kelly, press secretary for the Pennsylvania Liquor Control Board.

Brands of bourbon, whiskey, champagne, brandy and tequila are on the list of 43 products with a range of sales.

According to the US press, several states such as Vermont, Ohio, New Jersey and Alabama have been struggling, some since July, while several studies show an increase in alcohol consumption since the start of the pandemic.

Mac Gipson, administrator of Alabama Alcoholic Beverage Control, notes that the problem is “partly a global supply chain problem,” with glass shortages in some places and bottle caps in others.

US producers already faced labor shortages, delivery problems and increased demand for restaurants and bars that reopened at the same time as pandemic restrictions ended.

There were also problems with transatlantic shipping and landings at American ports.
“It’s not a lack of alcohol, but (some) brands,” said Wendy Knight, deputy commissioner of the Vermont Department of Drinks and Lotteries. “For example, although we no longer have Bacardi (a light rum), we have 21 other rum offerings, including products from local distilleries,” he explained.