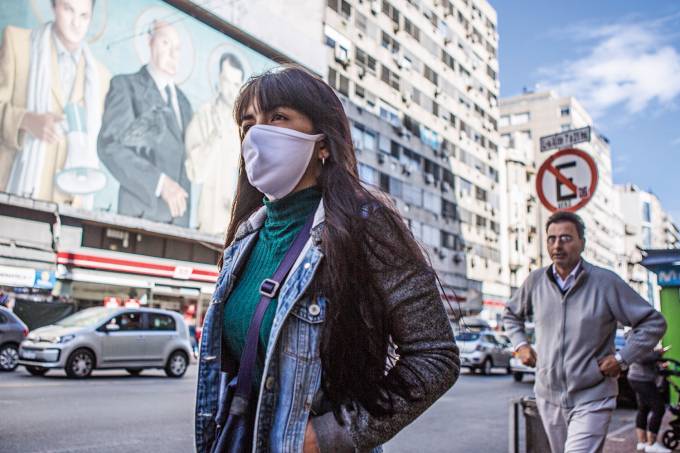 Vaccination accelerated and the new coronavirus pandemic began to weaken in Brazil. As of this Friday, 16,87.8 million people had received at least one dose of the vaccine. Which is 41.8% of the population. Of these, 15.7% have already completed the vaccination program with two doses or a single dose of Janssen. The transmission rate continued to decline as new deaths and cases declined, reaching its lowest level since November this week.

But experts, scientific studies and epidemiological scenarios from other countries point to the need for non-pharmacological containment measures, such as the use of masks, hand hygiene and social distancing, to control the epidemic.

“It has already been proved that vaccine alone does not end the pandemic. The behavior of the population with the use of masks, hand hygiene and distance is a primary factor. So much so that even with the vaccine, the United Kingdom closed earlier this year. ”, Brazilian researcher Sue en Costa Clemens, a professor at the University of Oxford in the United Kingdom, who coordinates the study with Oxford and Clover Vaccines in Brazil, in addition to being the only Brazilian in the group of experts who have appointed G7 health ministers to the public Made recommendations on health strategies.

Countries such as the United States, Israel and the United Kingdom have decided to ease restrictions, including the non-compulsory use of masks, when high vaccination rates are reached. However, in recent weeks, these countries have seen a significant increase in the number of new COVID-19 diagnoses with the spread of the delta variant identified in India. On the other hand, there was no significant increase in the number of hospitalizations and deaths, indicating the protection of immunizations from the consequences of serious diseases.

On the other hand, it warns of the risks of suspending mitigation measures while there is still active transmission of the virus. World Health Organization (WHO) recommends that all people, even those who have been fully vaccinated, continue to wear masks to prevent the spread of more infectious strains such as Delta.

“The care remains the same, even in a population already vaccinated with two doses, as the vaccine reduces the severity but does not reduce the likelihood of infection and resultant transmission. Israel and the United Kingdom saw an increase in the number of cases, but not hospitalization, in those taking the two doses. But they saw hospitalization in people who had only one dose”, warns PUC-RJ infectionologist and epidemiologist Bruno Scarpelini. Hence the importance of completing the vaccination schedule at the right intervals.