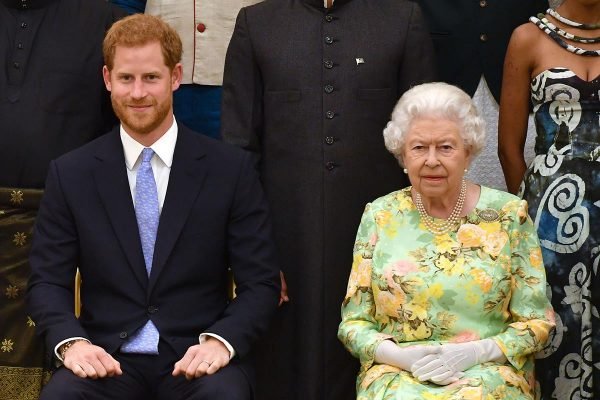 Whenever he can, Prince Harry makes a point to emphasize his close relationship with Queen Elizabeth II, despite visiting the United States. But, according to a royal expert, the Duke of Sussex’s stance is nothing more than an attempt to maintain credibility as the Queen’s grandson and protect himself from retaliation from the Crown.

in interview with daily mail, Investigative journalist and royal biographer Tom Bower has argued that Meghan Markle’s husband is trying to give the impression of a special bond with the head of the Windsor dynasty, in an attempt to prevent her business from being undermined by the Palace .

Bower, who is currently writing a biography on Meghan Markle, said he feels “Harry is attacking everyone who stands in his way, focusing on the self-promotion of the Sussexes.”

“To increase his credibility in the United States and with Netflix, he needs to have a special relationship with the Queen.”

The biographer’s statement specifically refers to Prince Harry’s recent interview with journalist Hoda Kotb this week. In the chat, the prince claimed to maintain a very warm relationship with the British monarch. “We have a very special relationship, we talk about details that she can’t talk to anyone else,” Harry said.

Although he no longer lives in the UK, the Duke of Sussex has confessed to being concerned for his grandmother’s safety. He admitted that he is attentive to those who look after the 95-year-old sovereign. Elizabeth completes another year of life this Thursday (21/4).

Do you want to stay on top of astrology, fashion, beauty, health news and receive news directly on your Telegram? enter channel metros, https://t.me/metropolesastrologia,