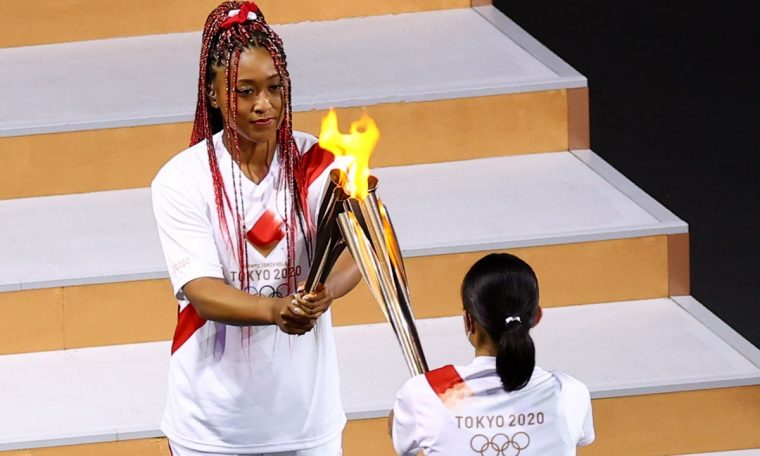 23 year old Japanese tennis player Naomi Osaka is one of the most popular athletes Tokyo Olympics and the world of sports. And no wonder: The first Japanese woman to win a Tennis Grand Slam, Naomi has used her fame to raise social issues such as racial inequality and mental health.

The daughter of immigrants – her mother is Japanese and father is Haitian – Naomi was born in Japan, but moved to the United States at age 3, where she still lives.

Despite this, she decided to represent her country during the Tokyo Games. This Friday (23), he lit the olympic pyre and became the first tennis player to star in the symbolic act of the opening ceremony.

During the 2020 US Open tournament, where it won gold, Naomi wore different masks with the names of victims of racism in the United States.

According to the tennis player, in the last Roland Garros tournament, he decided not to attend the press conference to avoid tension. Criticizing and alleging stardom – requiring athletes to attend post-game press conferences – she published a letter on her social network saying she was experiencing problems with her mental health after the tournament. The rules were questioned, and to protect himself, he would give up the championship.

“I would never despise mental health or use the word lightly. The truth is, since the US Open in 2018 I have suffered from depression for a long time and have had a hard time dealing with it. Although the tennis press has always been kind to me (…) I have big waves of concern before speaking to the international media,” Naomi posted on 31 May.

Also in the letter, he apologized to the journalists, to the fans, but also sought “sympathy”. She has been away from the courts since May for treatment for depression and will be back this Friday.

In addition to being an activist on and off the court, Naomi is also pop: In July alone, she made the cover of Vogue Hong Kong magazine, launched a documentary on Netflix and even got a Barbie doll.

Naomi Osaka walks to light the Olympic torch during the opening ceremony of the Olympic Games in Tokyo, Japan – Photo: Stephen Wermuth / Reuters

Winner of four Grand Slam titles – when she was just 20 years old when she became the first Japanese to win a Tennis Grand Slam – Naomi is the current number 2 tennis player in the world.

Last year, she won Laureus in the most important category, Sportswoman 2020. This award is considered the Oscar of the game.