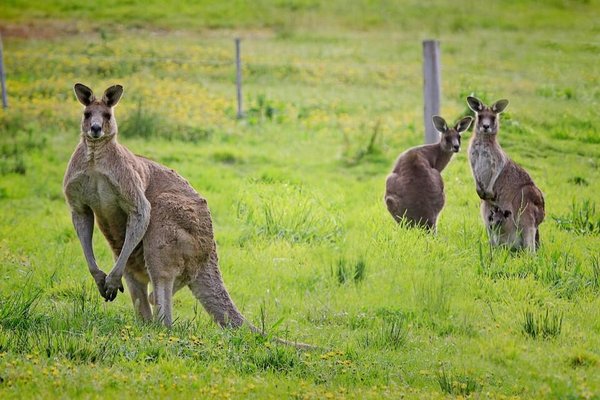 You Kangaroo They are the only large mammals that can jump and run – a feature that has puzzled scientists for years. However, the fossils found at Riversley, in AustraliaKangaroos may offer some clues about the evolution of the species and why jumping became their main means of movement.

Habitat may have encouraged the animals to jump

Imagine that the kangaroo was a Brazilian animal, native to the Atlantic Forest or the Amazon rainforest. Could he jump and cover a great distance? Probably not, as dense forests would prevent this type of movement. It is no coincidence that many animals in these habitats move by jumping or crawling between tree branches.

By far the most accepted hypothesis by the scientific community to explain kangaroos’ leaps suggested that Australia’s climate underwent a change that encouraged the formation of prairies and deserts, eliminating large areas of dense forest. To take advantage of this new terrain, kangaroos evolved to jump rather than walk. Thus, they can travel large distances in less time.

However, scientists from the Swedish Museum of Natural History and Uppsala University also analyzed the fossils found and concluded that they belonged to animals that were already capable of jumping – and this would have been long before the formation of the prairie in Australia. .

The fossils found belonged to an extinct marsupial species about 15 million years ago. These marsupials not only jumped, but also walked around and climbed trees. If the theory that jumping was an evolution due to the formation of grasslands is not correct, then it will be necessary to create new hypotheses to understand what other factors encourage this behavior. 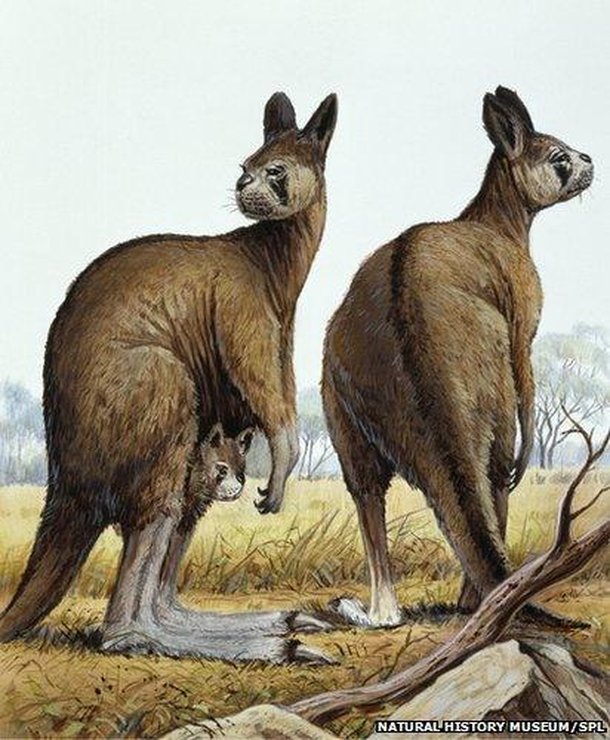 A second research, this time published in 2014 by the scientific journal PLOS ONE, suggests that Australia was once inhabited by a type of giant kangaroo.

Stenurus were up to 2 meters long (three times as large as modern kangaroos) and weighed up to 240 kilograms – unlike the animals living in Australia today, they walked on two legs. The size enabled them to forage from trees instead of grazing like today’s kangaroos.