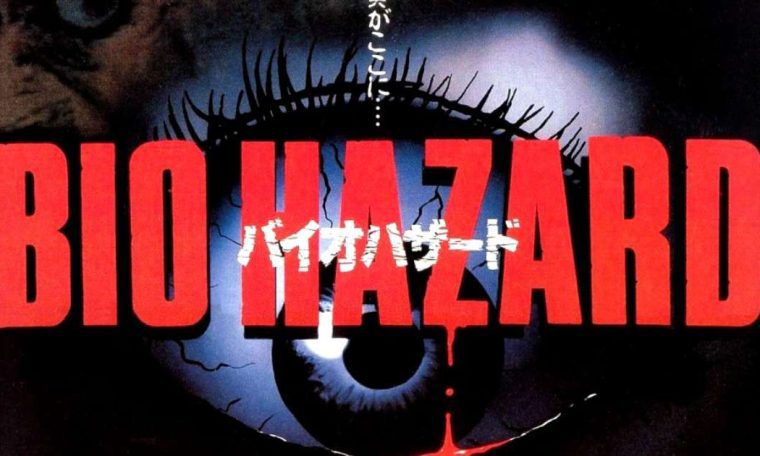 Resident Evil: The Series There’s the new Netflix production that hits the streaming catalog this Thursday, July 14, inspired by the popular Capcom game franchise. But do you know that there is another name for Resident Evil in Japan. In the land of the rising sun, the chain is called Biohazard,

Since the first game’s release in 1996 for the PSOne, Resident Evil has become one of Capcom’s biggest hits, as well as a benchmark for zombie and horror games and productions. And of course, in these 25-plus years on the road, the franchise has plenty of history and curiosities to tell, starting with its original name in Japan, where it’s known as “Biohazard” to this day. Is.

But why did this name change coincide with the release of the game outside Japan? check it now game on Reasons behind this decision.

It all started on the Super Nintendo

Embryo of Resident Evil began in 1993 as a Super Nintendo remake of an older horror role-playing game called Sweet Home, which was released in 1989 only for the Nintendo Entertainment System (NES) in Japan.

Shinji Mikami, who had previously worked on successful SNES games such as Aladdin and Goof Troop, was hired to recreate a game set in a haunted mansion, similar to the one in Sweet Home, but adding new elements that were not possible in the 8-bit version, especially in the graphic part.

For the first few months Mikami worked on projects developing concept sketches, designing characters and writing scripts. Seeing that the project had become somewhat larger and more ambitious, Capcom decided to move development of the game to PlayStation, a new platform that would be released in Japan in December 1994.

Capcom and Nintendo had a large partnership at the time, with PlayStation offering more powerful hardware in addition to using CD media, which offered more space than traditional cartridges, thus allowing the team to develop a larger and more complex allows to do.

Along with the move to a more powerful platform, the project has gone through several redesigns, with the setting of what was originally a hellish place being changed to something more realistic. Thus, a prototype of the game was created, featuring first-person action and a genre of psychological and supernatural horror.

The prototype inherited many elements from Sweet Home, such as the setting in the mansion, inventory management with limited items, puzzles, emphasis on survival and other details.

But during development, Mikami looked to other sources of inspiration, such as the classic films The Shining and works by George Romero such as Night of the Living Dead and Dawn of the Dead. However, Mikami’s major success was the game Alone in the Dark, which influenced him to switch from a first-person view to a third-person cinematic camera system.

He transformed the Japanese horror genre into a more American genre with zombies, influenced by Romero’s films. In 1995, Capcom presented a demo of the project at the We Jump festival in Japan under the name “Biohazard”, which in English means “biological hazard” or “hazard of biological contamination”, which could pose a serious risk to living beings. There is – or in the case of the game, various monstrosities that want to tear the player to pieces.

In addition to the name, the demo also featured the style, characters, and monsters contained in the official release on March 22, 1996.

Everything was going well for the game’s launch, but as Capcom was getting ready for a Western release, it ran into a small problem: the name. Biohazard was already registered in the United States as a Mega Drive game called Bio-Hazard Battles, in addition to a heavy metal band that also used the name.

To solve the problem, Capcom of the United States held an internal competition with employees to find a new name, and thus the name. domestic wicked ,Evil Resident, in free translation) was chosen because the game takes place inside a mansion with zombies.

At the time, not everyone agreed on the name, as was the case with Chris Kramer, communications director at Capcom, who found the name “Super Cheesy”, but Japanese Capcom and Shinji Mikami agreed that the title was appropriate, thus authorized. Western release under the new name do.

In addition to the name, the international version of the game also introduced some censorship, such as opening scenes with real actors (Now in black and white and no longer in color and without bloody parts) and some more brutal in-game kills.

The Western version is considered more difficult than the Japanese version, at the request of North American Capcom, so that the game “yields and sells more”.

So, do you already know this story about the names of Resident Evil? Eagerly waiting for the premiere of Resident Evil: The Series on netflix? Leave your comment right there for us!

See also  Is "Malar Pirates" (aka "Malarpirator") featured on Netflix in the UK? Where to watch movie