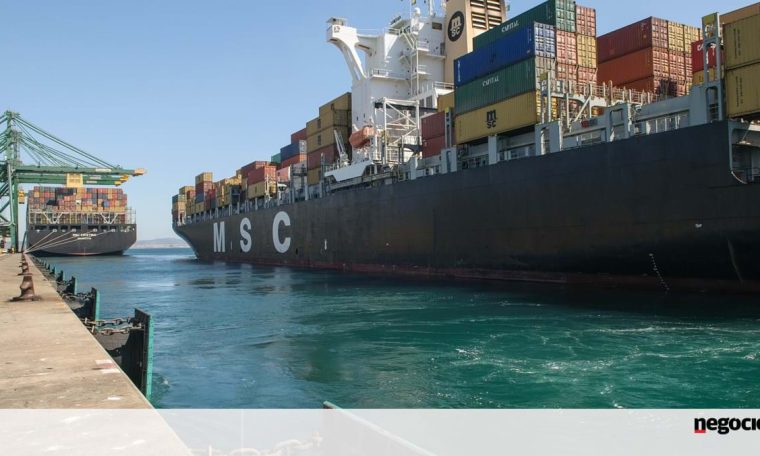 World trade in goods and services reached an all-time high of US$28.5 billion (€25.1 billion) in 2021, an annual growth of 25%, according to data released by the United Nations on Thursday.

Driven by rising commodity prices, lifting of health restrictions and strong demand, supported by state economic stimulus measures, trade recorded a positive trend in 2021, United Nations Agency for Trade and Development (UNCTAD, abbreviated in English) concluded. In the last three months of 2021, world trade in goods grew to US$5.8 billion (€5.1 billion), also a record quarterly figure, while trade in services, which has been slow to recover, rose to US$1.6 billion. dollar (€1.4 billion). Arab), slightly higher than pre-pandemic levels.

By 2022, UNCTAD expects trade indicators to return to normal, with growth lower than in 2021, influenced by factors such as continued pressure on global supply chains and record levels of global debt.

Trade will be impacted by downward revised global economic growth data (due to factors such as inflation in the United States or the housing ‘bubble’ in China) or the transition to a greener economy, which could stimulate demand for raw materials such as Cobalt, Lithium or Rare Earth, UNCTAD analyzed.

Looking at the trade of major economies in the last quarter of 2021, the UN agency reported a 43% increase in Chinese exports compared to pre-pandemic numbers, while growth in the United States, the European Union and Japan is more modest (12 ) %, 10% and 6% respectively).

Compared to the previous quarter, Chinese exports continued their upward trend (an increase of 6% on a yearly basis) between October and December, while exports to Japan decreased by 2% compared to the last three months of 2020, US exports grew by 4% and the European Union by only 1%.

Globally, the growth in exports in the last quarter of 2021 was more notable in developing countries (35% from 2019) than in developed economies, where growth stood at 19%.

By sector, the energy trade nearly doubled in the last quarter of 2021 compared to the same period in 2020.

Relative to pre-pandemic numbers, the metals trade increased by 59%, the largest increase of all the sectors surveyed, while chemicals grew by 43% and pharmaceuticals by 35%.