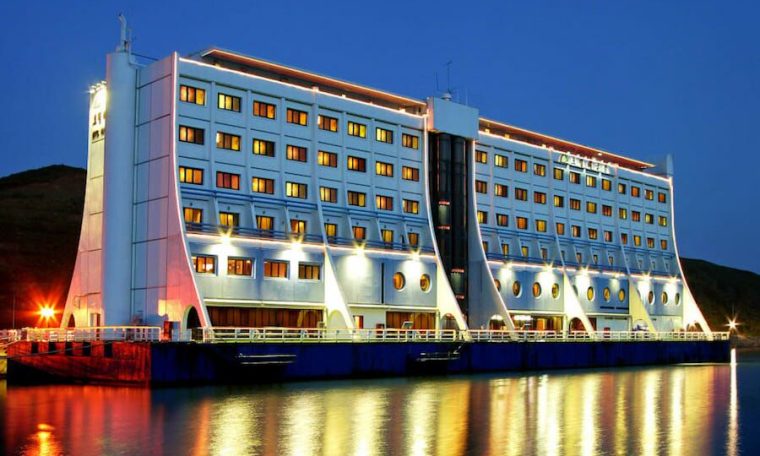 It was opened in Australia mainly for diving lovers, He then moved to Vietnam and ended up in North Korea. Whatever the destination, this floating hotel seems to be a failure.

according to the television network CNN, this five-star resort, which was known at that time as world’s first floating hotel, located right next to the Great Barrier Reef in northeastern Australia. The idea came from Doug Tarca, a professional diver and Italian businessman living in the country.

Construction of the hotel began in Singapore in 1986, after which it was transported by ship to John Brewer Reef, one of the areas of the Great Barrier Reef’s Marine Park. final cost? About $45 million at the time, which is now more than 100 million, or roughly 87 million euros.

finally ready, Four Seasons Barrier Reef Resort It opened on March 9, 1988. Among other things, it had 176 rooms, a disco, two restaurants, a laboratory, a library, a shop where you could buy diving equipment and even a tennis court. To get there, guests had to take a two-hour catamaran journey, or opt for a faster journey by helicopter.

Initially, and perhaps because it was an entirely new concept, the hotel generated a lot of buzz and was a dream not only for diving lovers, but also for other people in general, looking for a reef for a submarine. Could enjoy the incredible view. It is called Yellow Submarine.

However, the allure was lost when meteorology realized the inconveniences caused by simple misfortunes. If the weather was bad and the guests had to return to town to return home, they ended up stay there Because both catamarans could not navigate and helicopters could not lift.

not to mention Getting nausea provoked by a rough sea. It is also said that hotel staff, who slept on the top floor, hung an empty whiskey bottle from the ceiling to explain what they had to do: if it shook uncontrollably, they would have already He knew that there would be many unhealthy customers.

Among other problems, and just a year after opening its doors, the Four Seasons eventually closed and was sold to a Vietnamese company in Ho Chi Minh City, which wanted to attract tourists. Then, in 1989, the floating hotel began its second visit to Vietnam and reopened as soon as Saigon Hotel, although it became known as “The Floater”.

Contrary to its earlier experience, and most likely because it was anchored in the Saigon River next to the city, the hotel was much more successful and still held for ten years. However, in 1998, the management had some financial problems, due to which it had to be closed.

There was an interest in living with him again, particularly North Korea, who saw it as a good idea to attract tourists to Mount Kumgang, near the border with neighboring South Korea. It was then reopened with the name in October 2000. Hotel Hegmgang, and was managed by the South Korean company Hyundai Asan.

According to company spokesman Park Sung-uk, the region has attracted more than two million tourists over the years and more importantly, it has improved relations between the two countries and facilitated inter-Korean exchange. served as the focal point.

In 2008, however, a North Korean soldier shot dead a South Korean woman who had overtaken the Mount Kumgang tourist area and entered a military area. With this incident, Hyundai Asana was forced to suspend all trips and closed the hotel along with everything else, which has been abandoned till date.

North Korean leaders in 2019 Kim Jong Un He visited the area and criticized many of its tourist facilities for being precarious, ordering the demolition of many of them, including Hotel Heegmgang, to rehabilitate the area in a style more appropriate to North Korean culture.

Meanwhile, the Covid-19 pandemic surfaced and their plans had to be put on hold. According to CNNIt is not yet known whether it is to proceed with the demolition, or whether Kim may have already changed his mind.