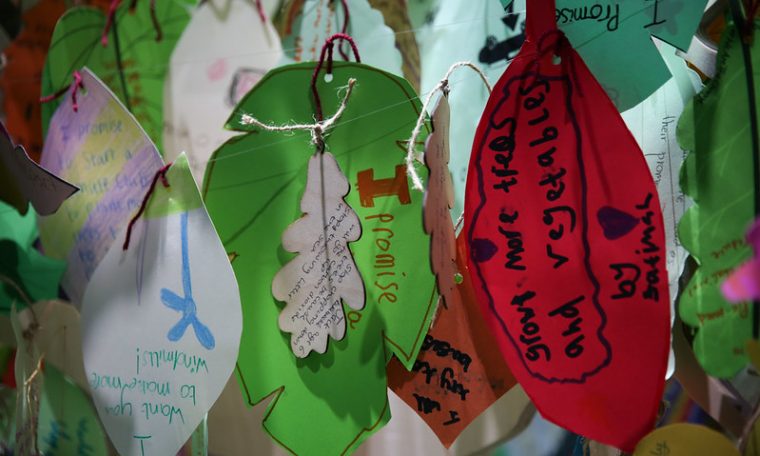 Raise the voice of young people and demonstrate the important role of public empowerment and education in climate action. These will be the focus of the fifth day of the 26th United Nations Conference on Climate Change (COP26) held in Glasgow, Scotland this Friday (5).

At the center of the debate, young climate experts discuss challenges and solutions at the conference. The event will present the COP26 leaders’ global declaration of youth, their climate actions and calls to action.

The purpose of this Friday’s meeting is to facilitate dialogue, sharing experiences and stories of change between youth leaders and high-level experts. With the aim of expanding the scale of climate action, the world will be able to follow the exchange of experiences between generations.

The focus will also be on public engagement on the fifth day of the conference; One of the COP26 sessions taking place this Friday will bring together voices from around the world who will share their personal journeys on climate action through public engagement.

The Minister of Education, Ministers responsible for climate change and youth are expected to discuss the importance of education in creating a positive climate for the future. On the agenda of the meetings will be commitments on education and actions for the climate.

This Friday (5), the day will be dedicated to the theme “Real Amazon” at the Brazil Pavilion at COP26, promoting dialogue with the environmental secretaries of Amazonian states.

Minister of Mines and Energy, Bento participates in the “Offshore Wind as an Ocean-Based Solution for the Energy Transition and Blue Economy” event in Albuquerque, Glasgow.

Remember highlights from other days of COP26

On the first day of COP26, United States President Joe Biden apologized to his fellow world leaders for the fact that the United States had withdrawn from the Paris Agreement under the Trump administration.

“I don’t think I should apologize, but I do apologize for the fact that the United States – the previous government – withdrew from the Paris Agreement and put us in a bad position,” Biden said in Glasgow.

While it was a big announcement, as India has yet to set a date for its net zero ambition, the 2070 target is a decade later than China, and two decades later the whole world needs to hit it. . With temperatures rising by more than 1.5ºC since pre-industrial times.

Day 2: “The End of Deforestation”

The commitment of over 100 countries to end deforestation by 2030 was the highlight of the second day of the COP26 summit.

One Announcement Signed by 105 countries, including Brazil, seals a commitment to collective actions to prevent and reverse forest loss and soil erosion by 2030. Also, the document highlights the agreement to promote sustainable development and inclusive rural transformation.

Day 3: Budget cuts for fuel and $9 billion for forests

This Wednesday (3), the third day of COP26, the main theme was financial investing.

Topics discussed at the meeting included cutting fossil fuel funds, and an investment of US$9 billion (about R$50 billion) in a United States Department of State fund for projects to conserve forests with development. was for financing. countries around the world.

On Sunday (31) the G20 countries reaffirmed their commitment to climate finance, including providing US$100 billion (about R$568 billion) per year to developing countries by 2025.

Day 4: Commitment by countries to end the use of coal

During COP26, this Thursday (4), 77 countries pledged to end the use of coal. Brazil did not figure in the list, as it has no strong contribution to coal emissions.

On the fourth day of the event, present leaders and delegates came together to discuss the acceleration of the global transition to clean energy.

Although China, India and the United States are the largest emitters of coal in the world, all three countries have not joined the alliance. Politically for them, the action is too complex and, in the analysis of international analyst Laurival Sant’Anna, faces strong resistance. CNN.

103 countries have joined an effort, led by the United States and the European Union (EU), to reduce gas emissions by 30% by 2030. The group of signatories to the “Global Methane Commitment” includes Brazil, one of the world’s five largest methane emitters.

The goals announced by Brazil at COP26 would require a great effort on the part of the federal government, in the assessment of Ambassador Paulino Franco de Carvalho Neto, Secretary of Multilateral Political Affairs in Itamarti.

We made a very important and ambitious announcement, which is to increase our percentage of greenhouse gas emissions reductions. We went from 43% to 50% based on the year 2005. In other words, in 2030, we will have to release half of what was released in 2005.

For the expert, with effective measures to combat deforestation, it is possible to reduce 50% of greenhouse gas emissions before 2030. He said, “It is a problem that we have to face and, if we face it successfully and control deforestation, we will definitely reach this goal, even Even with some lethargy.”

Fulfilling the promise could have significant implications for the energy sector. According to analysts, fixing leaky oil and gas infrastructure is the fastest and cheapest way to reduce methane emissions.

While the United States is the world’s largest oil and gas producer, the European Union is the largest gas importer. Countries such as China, Russia and India, which are the biggest emitters of methane, have not signed the pledge.

On Monday (the first), Environment Minister Joaquim Leit presented Brazil’s goals at the summit, which include a 50% reduction in greenhouse gas emissions by 2030 and neutralizing carbon emissions by 2050.