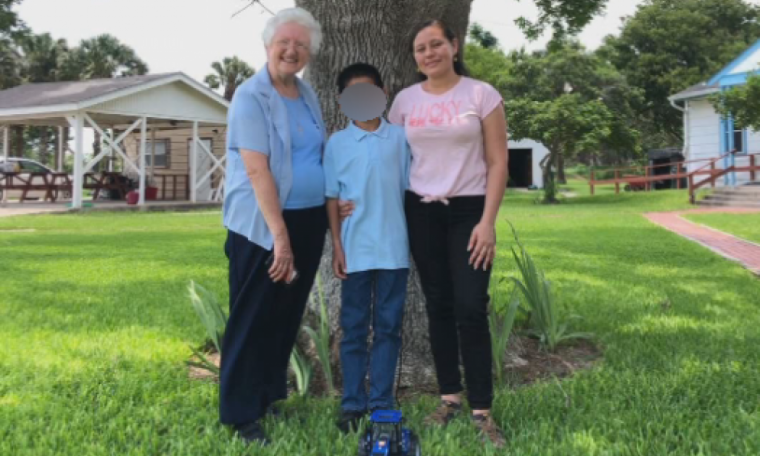 A 10-year-old boy caught America’s attention after asking an agent for help.

A 10-year-old boy, who came to the attention of the United States after asking a Border Patrol (CVBP) agent for help, visited his mother on Friday, May 28.

According to the organization’s Facebook page, the boy, originally from Nicaragua, was reunited with his mother, Melin, at La Posada Providencia in the Texas city of San Benito, an emergency shelter for families fleeing the US.

In a video published in early April, a 10-year-old boy was seen asking a CBP agent for help, saying he was walking with a group of people when he saw them in the US-Mexico, according to NewsNation Now. Left him behind near the border.

“They overtook me and I came looking for help,” the boy told the agent in Spanish. “I don’t know where to go and they might even kidnap me.”

CBP said in a statement that the footage was shot on the morning of April 1 on a rural road outside La Grula, Texas.

Melin’s brother, Michel Obregón, said on his YouTube channel that the mother and son fled Nicaragua because the boy’s father physically and emotionally abused them. On 12 April, Obregón revealed that Mélynne had been kidnapped and had not spoken to her sister for eight days.

On 14 April, Obregón announced that Méline was released from her hostages and that she would remain in the Rio Grande Valley near La Posada Providencia to be closer to her son. On 16 April, he said that his sister had formally requested custody of their son so that they could meet.

According to Obregón, after a custody battle of about a month, the boy’s father granted Melin custody and the two were reunited. “We are very happy that they are together again and we wish them all the best in their rehabilitation journey,” La Posada Providencia said in a Facebook post.

After being processed by the Border Patrol, single children are transferred to the Department of Human Services and Health (HHS) until they can be released to a sponsor, usually a parent or close relative.