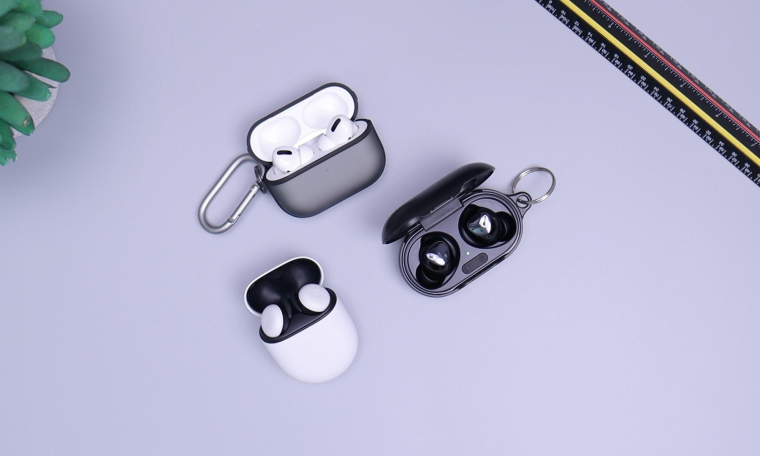 Tech devices and accessories are some of the safest gift options nowadays. The only problem is that most students have a lot of friends, particularly those who live on campus. Trying to get everyone a gift can be disastrous for a student’s wallet. But it’s actually not that difficult to find a fantastic tech gift without breaking the bank. This list is the right place to start.

A wireless charger is a great gift not just for frequent travelers but also for people who spend much of their time out. Students who often spend their days studying and writing tons of academic assignments on campus, as well as working, definitely need one. They can get help from papers writing service with paperwriter, but it’s only one responsibility off their shoulders.

And it’s possible to find a decent wireless charger for as little as $14, so even a person on a student budget can usually afford it. Some of the best options to consider are Yootech Wireless Charger ($14) and iOttie Wireless Car Charger ($40) for drivers. If currently unavailable, Belkin Wireless Charging Pad 7.5W ($22) is also fine.

Over the past couple of years or so, wireless earbuds have become one of the most popular choices as a last-minute gift. They tend to get lost so often that even someone who doesn’t currently need them will appreciate a pair. The only trick is to choose a high-quality yet affordable option.

Go Air Pop wireless earbuds are the best budget-friendly choice at the moment. They cost only $20 or so but are quite impressive in terms of both design and tech characteristics. The quality of the sound is very impressive. The only downside is that the Go Air Pop doesn’t have noise cancelation, but this can also be seen as an advantage safety-wise.

The main problem with wireless earbuds is that people lose them all the time. So instead of buying an extra pair of earbuds as a gift, consider getting the person who already owns them a case. Even official cases for AirPods Pro are pretty affordable. Here’re some of the choices available:

4 Storage for Nintendo Switch (starts at $25)

Tons of students are gamers and own a Nintendo Switch. And as every console user knows, one can never have too much (or even enough) storage space. So if you decide to give your gamer friend a memory card, they are guaranteed to be happy with the gift.

Storage space extensions can get pricey, but there are affordable solutions as well. For example, the SanDisk 128GB microSDXC card costs a little over $25 on Amazon and is more than enough for a casual gamer. Or you can cash out and get the 256GB one for $47.

Tablets are no longer as popular as they once were, but a lot of people still own or would like to own one. Students, in particular, can benefit from a tablet, especially if they mostly have Zoom classes. It’s convenient thanks to a larger screen yet portable size.

The only problem with tablets is that most are definitely outside an average student’s budget. For example, the 12.9-inch Apple iPad Pro costs almost $1000. Luckily, there’s a much cheaper alternative. Amazon Fire 7 is nowhere near as good as an iPad, but it’s not that bad either. And it comes at only $49.99.

Tracking devices are every messy person’s dream. Chances are, you’ve wished you had put one on your wallet at least once over the past month. Well, the same is true for everyone, especially when leaving the house minutes before an important meeting starts.

Luckily, tracking devices are available now, and most of them are perfectly affordable, even for a student. The best option is obviously Apple AirTag ($29 to $59). But cheaper alternatives exist if this seems like too much money for something so tiny.

A phone grip is the cheapest opinion on this list, but it’s still a lovely gift choice, especially for the occasions when you have to buy gifts for multiple people on a tight budget. It’s convenient and lowers the probability of an accidental drop significantly.

Anyone whose phone screen looks like it’s been through war (roughly 50% of people) should get a phone grip not just as a gift but for themselves as well. The coolest choice is a PopSocket grip (starts at $3), especially a custom one.

The Amazon Echo Wall Clock is unavailable in stores now, but given how popular it was when it was first released, it’s safe to expect it to get back on shelves soon. Also, resellers are always an option if you can’t wait.

The Amazon Echo Wall Clock is functional and has an attractive design. It’s a nice gift for almost everyone, but even more so for regular Alexa users. It pairs with Alexa well and shows Alexa timers, so the user can see when one is about to expire.

As you can see, no matter how tight the gift giver’s budget is, it’s possible to find a great gift for one’s tech-savvy friends and family. Depending on what they like and how much you’re willing to spend, consider getting them a wireless charger, a pair of wireless earbuds, a phone grip, or an Apple AirTag. Alternatively, a cheap tablet and the Amazon Echo Wall Clock are more original yet riskier options (since not every person will use them).