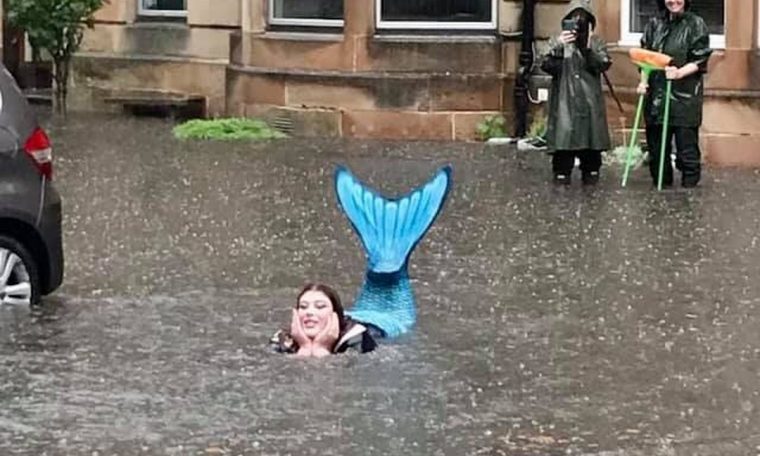 A woman dressed as a mermaid was photographed in the middle of a flood in Glasgow, in Scotland, on Sunday (8).

In the images, the “mermaid” with a blue tail and black T-shirt can be seen with some surprised residents who stopped to see her in knee-deep water.

“There’s nothing like Scottish summer,” wrote one of the neighbors, Alex Gannon. “There’s a mermaid outside the house.”

Gavin Miller was one of the neighbors who was shocked by the “visit” and recorded images of his apartment (see below).

A woman dressed as a mermaid rides between cars during floods in Scotland on August 8, 2021 – Photo: Reproduction / Facebook / Gavin Miller

The woman, referred to by the British press as the “Glasgow Mermaid”, was not identified until the last update of this report.

Scotland has suffered heavy rain and has been flooded several times since the weekend. British officials have warned of more storms on Monday (9).

According to the UK Weather Service, the Met Office, the entire Glasgow area is in Yellow Alert. This means there is a risk of storms and flash floods.