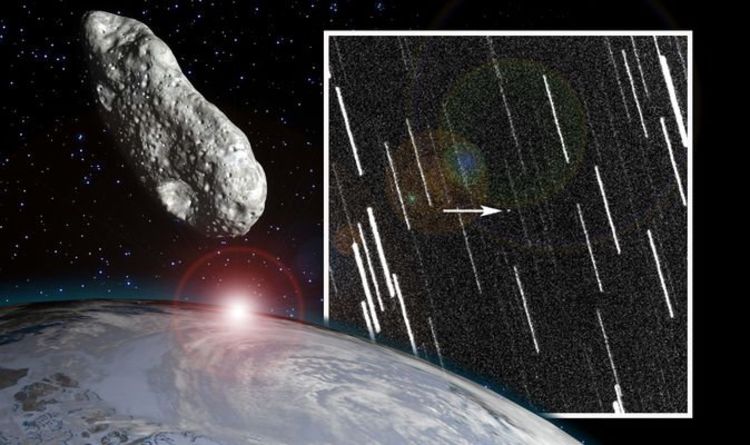 The giant planet in question (465824) is known as the 2010 FR, which will approach our planet on September 6, at 162 meters in diameter. The planet in question is a perfect giant – measuring the height of the Blackpool Tower Almost twice the size of Big Ben. And it’s not only huge, but also very fast – a total of 14 kilometers per second.

Thankfully, the 2010 FR will travel 7.5 million kilometers from Earth, but the giant space rock is still of interest to astronomers.

As the star approached Earth on September 4, researchers at the Virtual Telescope Project moved to take some action shots of the approaching space rock.

With the ship at a distance of 7.8 million kilometers at the time of the photo, it was definitely an impressive location.

The Virtual Telescope Project states: “The telescope has carefully tracked the visible motion of the planet, so the stars move a long way, while the star appears like a sharp dot of light in the center of the planetary image and it has an arrow. Is marked by.

“The full moon was not very far in the sky, so the image was taken below ideal conditions: in spite of this, the planet FR 2010 is clearly visible.

Despite the storm passing 19 times the distance between the Earth and the Moon, NASA still considers it “potentially dangerous.”

See also  Scientists offer a brand new periodic table, and it's a journey

The term ‘potentially dangerous’ refers to the feeling that somewhere in the history of the solar system, below the line, a planet could collide with the Earth based on its future solar cycle.

“The scientific interest in comets and stars is largely due to the fact that the process of formation of the solar system is relatively unchanged about 6.6 billion years ago.

“The giant outer planets (Jupiter, Saturn, Uranus, and Neptune) are made up of billions of comets, and the bits and pieces to the left of this formation process are the comments we see today.

“Similarly, today’s star has fragments and fragments left over from the initial clusters of inner planets, including Mercury, Venus, Earth, and Mars.”