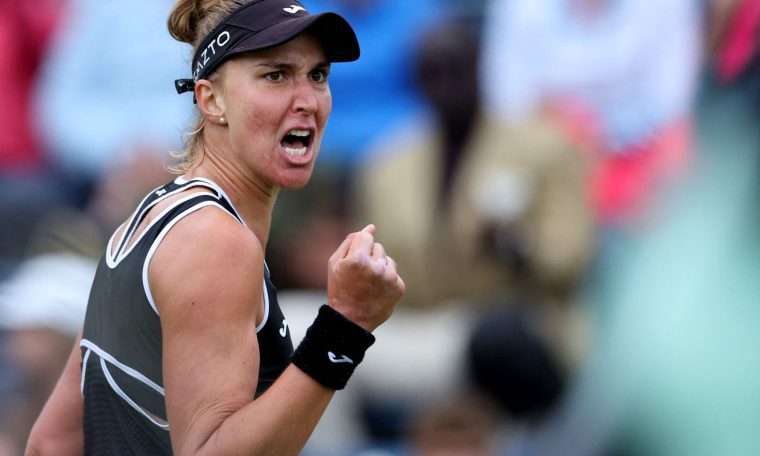 Paulistan Beatriz Haddad Maia was confirmed as the 23rd seed (among 32 athletes) of the Wimbledon tournament in London (Great Britain) this Tuesday (21).The Grand Slam, one of the four largest tennis tournaments in the world. It is the first time that a Brazilian woman has achieved this feat since 1968 at the US Open in New York (United States) with María Esther Bueno.

Currently ranked 29th in the Women’s Tennis Association (WTA) rankings, Biya qualified for the position after winning titles in Nottingham and Birmingham on British soil over the past two weeks. Both are tournaments at the WTA 250 level (the third level of the elite world circuit after the WTA 500 and 1,000).

Brazil’s good run, which continues in Great Britain, continued this Tuesday, with a two-set victory over Estonian Kaia Kanepi (39th) in the WTA (6/4, 3/6 and 6/3). 500 from Eastbourne. It was the 11th consecutive win for the 26-year-old from Sao Paulo, who has the longest unbeaten streak on the grass court in women’s tennis (in singles) since North American Serena Williams went 20 games unbeaten between 2015 and 2018. In the next stage, Bea faces British Jodi Burj, who defeated Spanish Paula Badosa, who is No. 4 in the world and the main favorite of the tournament.

Biya Haddad Maia is the first tennis player to have 11 consecutive wins on the grass. @Serena WilliamsWith 20 wins between 2015 and 2018.

It’s the queen of the grass, crap! I pic.twitter.com/iaN5pZvwpI

Serena will also have different attractions at Wimbledon. The 40-year-old veteran, a seven-time singles champion, will take to the court for the first time since suffering an injury in her first bout on British soil a year ago.

In addition to Bea, Laura Pigosi will also represent Brazilian women’s tennis at Wimbledon, ending a 33-year-old taboo since last time the country had two players in the main draw of a Grand Slam, Nige Dias and Andrea Vieira. Roland Garros tournament, in Paris (France). The 27-year-old from Sao Paulo, 124th in the world rankings, was guaranteed the return of Japanese Naomi Osaka, a former world number one who had not recovered in time from an Achilles tendon injury.