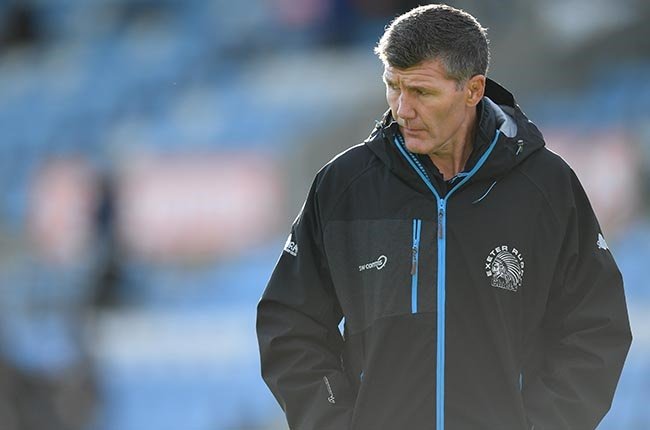 The Chiefs rugby director is one win away from the domestic and European doubles title in Saturday’s Premiership final against Wapse at Twickenham after winning the Racing 92 in the European Champions Cup last week.

Jones was signed by the Rugby Football Union until the end of the 2023 World Cup, while Baxter’s current Exeter deal is also coming to an end in three years.

But the 49-year-old is in no hurry to leave Exeter, the club he won from the Championship to the European Summit in just 10 years.

Asked on Thursday if he finally wanted to coach England, Baxter replied: “Absolutely here and now, no. I’m happy here.”

Asked what might change his mind, he added: “Well, it will depend on if I’m happy here.”

Exeter is set to play its fifth consecutive Premiership final on Saturday, with the Chiefs bidding to become only the fourth English club after Leicester, Wapse and Sarsens to win the domestic and European Cups in a single season.

But English rugby currently has to absorb the economic impact of playing behind closed doors due to the coronavirus epidemic, Baxter said: “There are a lot of challenges in rugby that I would love to take part in.

“Obviously, a big part will also ensure that we see Easter in a difficult financial environment at the moment.

“All of this will not mean much to me and my career at Exeter if we are a club that is going to fail financially in the next six months due to the current situation.”