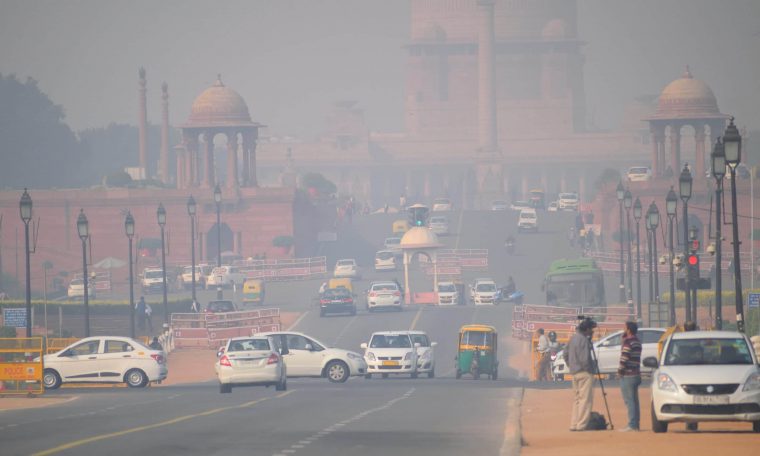 The first lockdown in India due to the COVID-19 pandemic prompted the country to improve air quality. Furthermore, according to research from the Central University of Jharkhand and the British University of Southampton, the main urban areas of the country had reduced soil surface temperatures during this period.

Due to large reductions in industrial activity and reduced use of both land and air transport, travel restrictions and work outside the home, environmental improvements were important. The team that developed the study arrived at the information through Earth observation sensors.

Sources included Sentinel-5P from the European Space Agency (ESA), and Modis from NASA. They measured changes in concentrated surface temperatures and air pollutants and aerosols in six major urban areas across the country. The locations analyzed were Delhi, Bombay, Calcutta, Chennai, Bangalore and Hyderabad.

The researchers then compared data on the blockade from March to May 2020 with pre-pandemic years. Nitrogen dioxide (NO2) emissions across the six cities dropped by an average of 31.5%, which is equivalent to a 12% reduction across India. The findings were published in the scientific journal environmental research.

Also, according to the study, about 16,000 people die every year in the country due to poor air quality. The reduction of NO2 greenhouse gas in the country’s capital New Delhi was 40%.

From 2015 to 2019, the ground surface temperatures in the analyzed cities in India decreased by 1 °C during the day and 2 °C at night, compared to the average of the previous five years. This decline is directly related to the shortage. In the greenhouse effect, the concentration of gases from high atmospheric water vapor content and weather conditions.

“This is an important finding for planning for sustainable urban development,” said Jadu Dash, a professor at the University of Southampton and a co-author of the study.

Watched our new videos on YoutubeThe Subscribe to our channel!