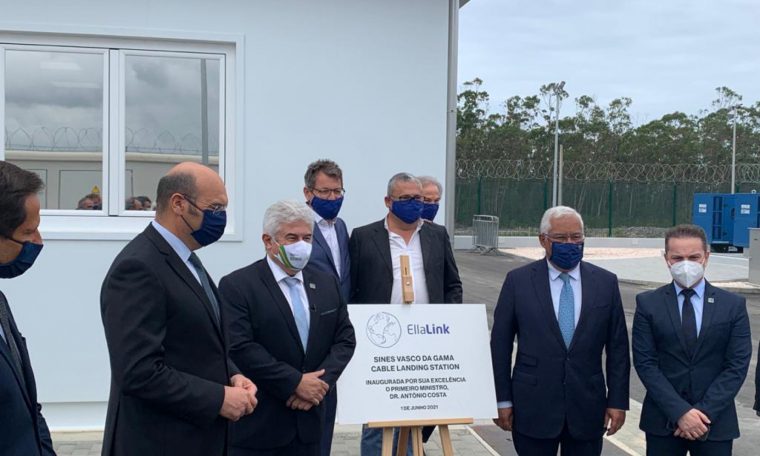 + submarine cape The one that connects Fortaleza to Portugal enters operations today.

According to the company, the commercialization of cable use is diversified in two aspects. “We are signing contracts for the sale or rental of infrastructure (pieces of fiber/spectrum) and capacity rentals.”

“Target audience is telecommunications companies seeking to provide high quality and low latency services to their residential or corporate customers, including cloud services, e-games, financial markets and critical emergency services,” they say in a statement.

With an investment of nearly $1 billion, the submarine cable connecting Fortaleza to Signes in Portugal went into operation this Tuesday, June 1. The cable is 6,000 km long. The European Commission contributed €25 million and the Ministry of Science, Technology and Innovation (MCTI) contributed €8.9 million.

The project is supported by the National Education and Research Network (RNP) and will also pass through French Guiana, Madeira Islands, Canary Islands and Cape Verde. In Brazil, in addition to the water route, there will be land connections that should connect the cable to states such as So Paulo and Rio de Janeiro.

“There will be AlaLink points of presence (or POP) from Equinix data centers in So Paulo and Rio de Janeiro,” the company says.

This will be the first submarine cable of the most modern generation and high capacity, creating a direct link between Brazil and Europe. Prior to this, data had to first pass through the United States.

The cabling process at Fortaleza in the Praia do Futuro area was completed in December last year. One of ElaLink’s promises is that the new connection will reduce latency by up to 50%, as is called response time in data transmission between the two continents. Philippe Dumont said, “From the initial idea to the present day, a humanitarian adventure took ten years of hard work, involving many professionals, and we are now going to connect the two continents through a modern infrastructure for the next 25 years.” are.” CEO of AllLink.

However, being able to transfer data at high speeds is only one aspect of the investment. Although the company invested 150 million euros in the underwater construction, the European Commission contributed 25 million euros and the Brazilian Ministry of Science, Technology and Innovation (MCTI) 8.9 million euros.

There is a big plan behind the project. The opening ceremony of ElaLink itself was part of the “Leading the Digital Decade” event. [Liderar a Década Digital]Co-organized by the Portuguese President and the European Commission, with the presence of representatives from several EU member states, as well as representatives from the private sector and civil society.

In an exclusive interview for the program O POVO no Rádio, on the radio station O POVO CBN, the European Union’s ambassador to Brazil, Ignacio Yabáez, confirmed this statement, emphasizing that it is an ambitious project that opens up many opportunities. can open. Area. “The cable will work to strengthen cooperation in research, education and cooperation between European and Brazilian companies and Latin America. It is a day of great joy and in particular for Sera as well.”

Serra (Sedate) to the state’s economic development and labor secretary, Maya Jr., although the agreement with Elalink is limited to submarine cables, without building datacenters in the state, different from what happened, for example, with Angola cables. In 2018, the Sierra economy will greatly benefit from this new structure. “Since it is new, this cable comes with a lot more technology and capability than its predecessors and is another option for direct connections to Europe.”