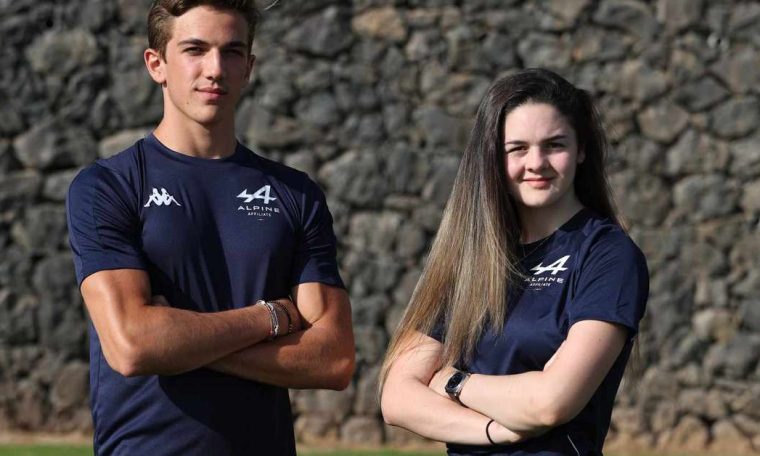 Haas without Mazepin. What about Fittipaldi? + Formula 1 Tests in Bahrain | Paddock GP #277

Alpine took advantage of this Wednesday (9) morning to announce news at its academy for young pilots. The French automaker revealed five names that will receive support for his career development, and among the preserve is Brazilian Matthias Ferreira.

Ferreira was recruited by Alpine along with Kean Nakamura. The two 14-year-old drivers have excelled in karting in recent years, with a Japanese rider winning the World Kart Championship in the OK-Junior category. Both are yet to be promoted to single-seater.

Matthias Ferreira and Kean Nakamura will race in the kart in 2022 (Photo: James Moy/Alpine)

Another innovation in Alpine’s announcement was the confirmation of Abbi Pulling as the program’s first pilot. In 2021, the Brit raced through the W Series, placing seventh and finishing with a pole position at the United States GP. In 2022, she remains in a category that has only women on the grid.

According to the French automaker, the decision to recruit Pulling is a “commitment to fostering an inclusive environment that facilitates the integration and development of women”.

Hadrian David, the youngest Formula 4 champion in history – as he took the 2019 French F4 Championship at just 15 – was also selected. This season, he will race in FRECA for the R-ace GP team. Finally, Bulgarian Nikola Tsolov enters the program and will race in the Spanish F4 in 2022.

Currently, Alpine has pilots in several categories of access to motor sport, including Formula 2 and Formula 3. In F3, by the way, one of the representatives of the academy is the Brazilian Caio Colette, who remains in contention with the MP Motorsport team. ,

How Number #1 Was Used By Formula 1 Champions?