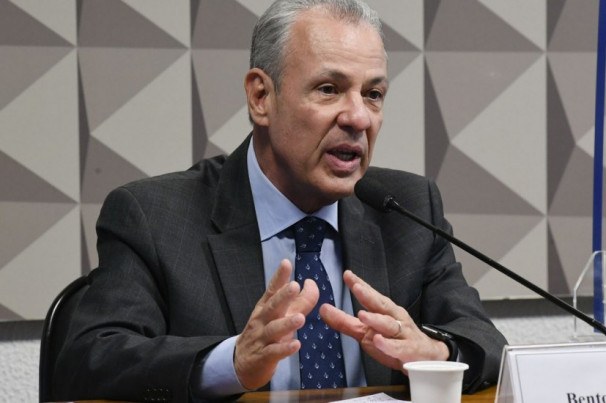 With US sanctions on Russian oil and its allies, demand for the crude material reached record levels, and the value of the product exceeded US$100 (R$462) per barrel.

In an interview with Reuters, Brazilian Energy Minister Bento Albuquerque confirmed talks with the US government to increase Brazil’s production.

“I’ve had two meetings with the Energy Secretary [Jennifer] Granholm, and we are talking about it, the importance of stabilizing the supply and demand of oil and gas in the world,” he said.

Brazil produces about 3 million barrels of oil (bpd) per day. The country is targeting a 10% increase to 3.3 million bpd by 2022.

Asked whether the United States had approached him about a possible production increase, Albuquerque said the two countries were cooperating.

Albuquerque’s comments underscore the breadth of the Biden administration’s “diplomatic campaign” to find alternatives to Russian oil, according to the news agency.

However, Albuquerque said a short-term dramatic boost would be logistically difficult.

“Increasing production is not like a switch that you can change. We have invested a lot in our oil and gas fields over the past three years, which is why Brazil is increasing its production and we will continue to increase production for the next few years. Let the growth continue,” the minister said.

On a visit to India, Albuquerque criticized current barrel prices and said it would like to see more Indian investment in Brazil’s oil and gas sector.

According to Indian media reports, New Delhi receives only a fraction of its oil imports from Brazil and has recently expanded its trade with Russia. (with Sputnik Brazil Agency)