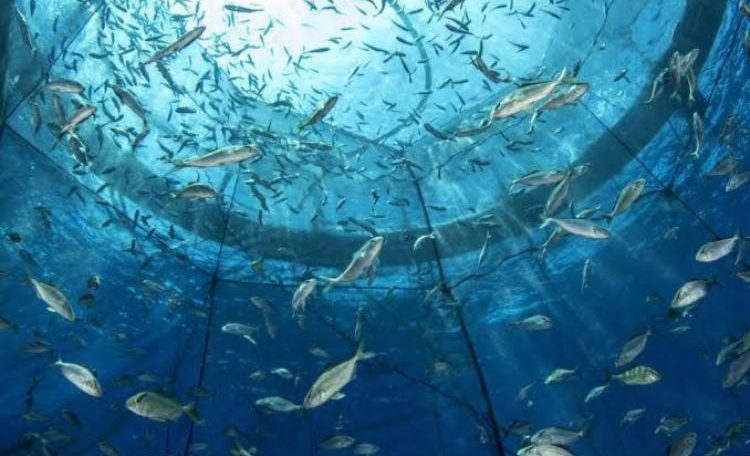 This Friday, the 12th, the foundation stone was laid for the offshore farming of ‘Bulls Eye’ saltwater fish from Forever Oceans Brasil. The project, the agreement of which was signed in the United States in 2019, has an investment of R$300 million.

Established in Washington, USA, Forever Ocean comes to Brazil combining production and sustainability. The company plans to establish two marine farms consisting of 12 cages each, with a production capacity of 8,000 tonnes/year on each farm, as well as building a laboratory for the production of Olho de Boi fingerlings. There is also a slaughterhouse. of fish per week.

Operations should begin in 2023, with the creation of 100 direct jobs and 400 indirect jobs for the region of Ilhias and Itabuna. The first phase of the project includes commencement of works for implementation of Marine Fish Fingerling Production Laboratory (Hatchery).

According to the state government, the area is licensed by Ibama for setting up offshore farms. With this Bahia takes an important step towards strengthening the fish production chain on a large scale.

The Secretary of State for Agriculture, Joo Carlos Oliveira, represented Governor Rui Costa during the opening of the program and highlighted that the attractiveness of this investment will have a positive impact not only on the economy of the municipality of Ilhes. He points out that “the so-called maritime economy points to the future and is already vast across the globe, with Forever Ocean Brasil joining Ilheus and Bahia in this important economic segment”. The secretary also pointed out that “the initiative has strong environmental appeal, which will generate employment and positively impact the economy of the entire region and the state”.

The partnership was signed through the Secretariat for Economic Development (SDE), Agriculture (Cegri) and Science, Technology and Innovation (SECTI). The project has an agreement with the State University of Santa Cruz (UESC), which will meet the demands of the business.

In addition to Joo Carlos Oliveira, the opening ceremony was also attended by John Lopes, President of Forever Ocean Brasil, Head of Secti, Adélia Pinheiro, Superintendent of Development and Monitoring of Enterprises in SDE, Deraldo Carlos, Deputy Mayor of Ilheus. Bebeto Galva, President of Bahia Pesca, Marcelo Oliveira, and Director of the State University of Santa Cruz and the Federal University of Southern Bahia.