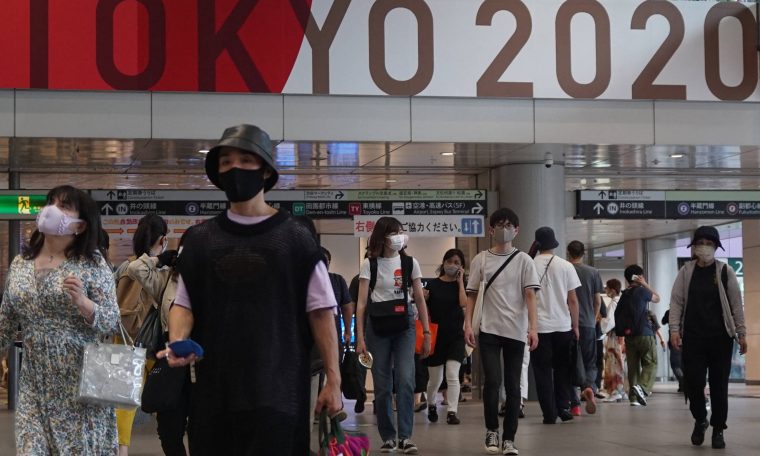 participating delegations Tokyo Olympic Games Event organizers later said, if they land in Japan with a member who has tested positive for COVID-19, they should be immediately isolated Members of the Ugandan team were diagnosed with coronavirus.

Hidemasa Nakamura, one of the directors of the organizing committee for the Olympic Games (23 July to 8 August), described it as “highly likely that if people travel in the same aircraft there will be close contact with an infected person”.

On Friday, Japanese officials said that two of the nine Ugandan delegation members tested positive for Covid-19 after their arrival in the country.

Watch this and other videos here
on more videos
videos.gazetaesportiva.com

Although one member of the delegation tested positive in a test conducted at Tokyo’s Narita Airport on June 19, the rest of the team traveled on a charter bus to Izumisano in the Osaka region.

Local health officials later determined that eight others, including representatives of the entire Ugandan team, as well as the host city and bus drivers, had close contact with the two cases of infection, the Kyodo Agency reported.

Japanese public opinion has questioned the holding of the Olympic Games this year due to fears created by the COVID-19 pandemic, but recent elections have shown a decline in opposition opinion.

Fans from abroad were banned from the event and The attendance limit for visitors living in Japan is 50% of the competition venue’s capacity, or 10,000 people., whichever is smaller.

Japan has recorded 14,600 Covid-19 deaths since the start of the pandemic and has managed to evade strict containment measures.

See also  10 most popular sports in the world

After a very slow start to the vaccination campaign, about 9% of the Japanese population received both doses of the vaccine.