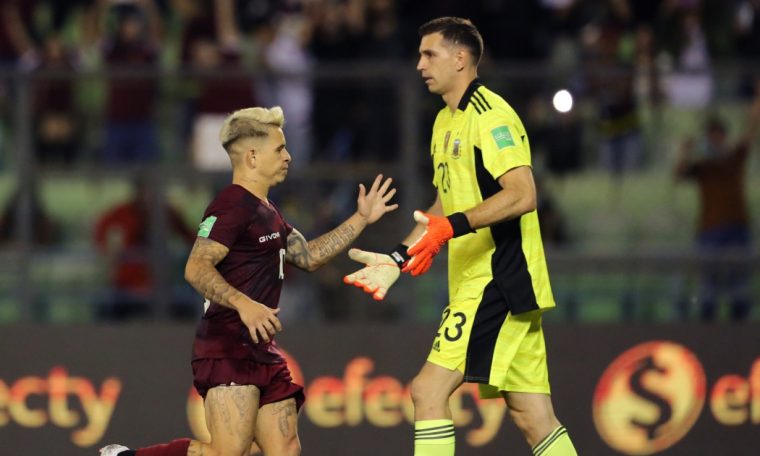 The National Health Monitoring Agency (ENVISA), together with the Department of Health of So Paulo, investigates this Saturday (04) a possible irregularity in the immigration of four Argentine national team players to Brazil, leading to a duel for the South American qualifiers . This Sunday (05), at the Neo Quimica Arena.

Premier League athletes Emiliano “Dibo” Martinez, Cristian Romero, Emiliano Buendia and Giovanni Lo Celso did not declare at immigration that they had been in the UK in the past 14 days – which would result in a 14-day quarantine period, according to the ordinance of the Civil House. The number 655 of 23 June 2021.

“A traveler who, on entry into the territory of Brazil, in the preceding fourteen days, the United Kingdom of Great Britain and Northern Ireland, the Republic of South Africa and the Republic of India, along with the origin or history of travel, has complied with the provisions of Article 3 shall remain in quarantine for fourteen days,” says an excerpt from the Civil House Ordinance.

In this way, athletes will disagree with the sanitary norms in force in Brazil. Anvisa reported that all athletes from the Argentine delegation claimed they had not been to the United Kingdom in the past 14 days and that the So Paulo health department is checking facts with the Argentina national team. Anvisa, a meeting between AFA (Argentina Football Confederation), So Paulo Department of Health, with the presence of representatives of Conmebol and CBF, was held this Saturday at 17:00 (GMT), but still no further information Is.

“The player in question, who arrived in Brazil on a flight from Caracas (Venezuela) to Guarulhos, announced that he had not traveled to any of the four countries with restrictions in the past 14 days,” said an excerpt from Anvisa’s note Is. .

According to the report of TNT Sports, all four players have been in Premier League games in the last 14 days. Lou Celso and Romero, who played for Tottenham, were on the bench in the match against Watford on 29 August. Dibu Martinez and Buendia, in turn, were on the field for Aston Villa against Brentford the day before – the midfielder also noted Villa’s goal in the match.

According to a report by journalist Hernán Castillo, TNT Sports Argentina, even with a complaint and a fact-check by the Organa’s Brazilian bodies, will be at the disposal of coach Lionel Scaloni for the four-player match.

Check out Anvisa’s official note on the matter below:

The rules for the entry of passengers are given in Interministerial Ordinance 655 of 2021. According to the ordinance, travelers (eg Brazilians) who have passed through the United Kingdom, South Africa, Northern Ireland and India in the past 14 days, with some exceptions, are prohibited from entering the national territory. Therefore, they must undergo prior quarantine in another country before entering Brazil.

For entry into the national territory, in turn, all passengers will have to submit an RT-PCR test within 72 hours, before boarding the aircraft. They will also have to complete a health declaration, where they state their travel history.

The player in question, who arrived in Brazil on a flight from Caracas (Venezuela) to Guarulhos, announced that he had not traveled to any of the four countries with restrictions in the past 14 days.

Yesterday (09/03), however, unofficial news reached Anvisa, informing about the alleged untrue statements made by such passengers.

It should be noted that false information provided to the Brazilian authorities may result in a violation of sanitary and criminal laws. Therefore, Anvisa notified the Strategic Information Center on the National Health Surveillance Center (CIEVS/MS), which coordinates the CIEVS network, which is responsible for epidemiological investigations in the state of So Paulo and the municipality of Guarulhos.

See below the note from the So Paulo Department of Health:

The Secretary of State for Health informed that the National Health Surveillance Agency (ENVISA), which is responsible for surveillance at airports, allowed the entry into Brazil of 4 athletes from the Argentine football team working in the United Kingdom. According to Federal Ordinance n.655 of June 23, 2021, they had to comply with a quarantine upon arrival in Brazil to pass through England in the last 14 days considered a restricted area.

Following notification from the federal agency, the state health department will begin an epidemiological and health investigation and report all information to Anvisa to consider the need for athletes to quarantine.