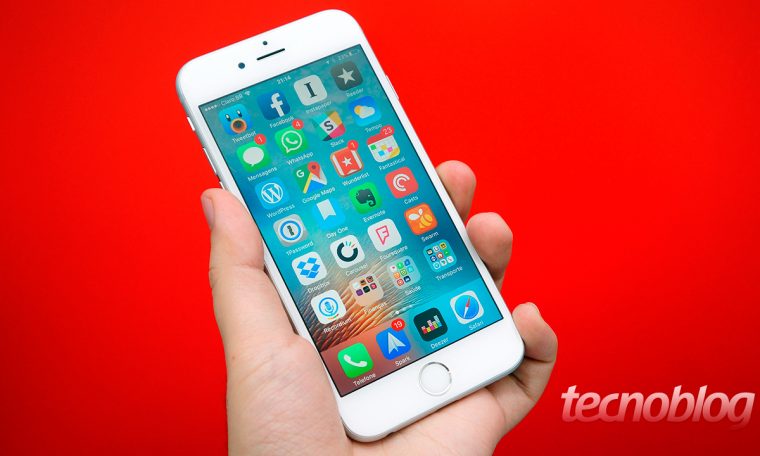 a Apple A new class of action is targeted in Europe due to the sale of iPhones with scheduled obsolescence. The indictment concerns iPhone 6, 6 Plus, 6s and 6s Plus models that had limited performance (a case that surfaced in 2017). The company may have to pay 60 million euros in compensation to consumers.

The lawsuit has been filed by the Italian Consumer Protection Association – Ultroconsumo, and it follows two lawsuits filed in Belgium and Spain. Preliminary information also indicates the fourth action to be filed in Portugal.

In November 2020, Apple paid $ 113 million after a similar fee in the United States. The lawsuit claimed that the company had ordered a deliberate slowdown of older smartphones from the company to boost sales of new models or new batteries, which would fetch the brand approximately $ 500 million (about $ 25 by phone).

According to Aloe Bruegerman, head and observer of policy at EuroConsumers (an organization that brings together several consumer protection entities in Europe), the region is looking for “equal justice and respect” applicable to American consumers. Bruegerman also highlighted the damage from the environmental point of view, classifying Apple’s attitude as “completely irresponsible”.

The purpose of this process is to compensate consumers

Italy has already filed a lawsuit alleging Apple was fined for planned obsolescence in 2018, although the amount was set aside for funds from regulatory bodies. The purpose of this new process is to compensate affected consumers. Altroconsumo requests an average of 60 Euros per affected iPhone owner.

Apple, for its part, denies the accusations of programmed obsolescence, and says that it was intended to make iPhones longer to avoid interruptions in using updates that limit performance. At that time, the company apologized for everything that happened and began allowing users to stop reducing the speed of their smartphones.

With information: MacRumors I Techcrunch