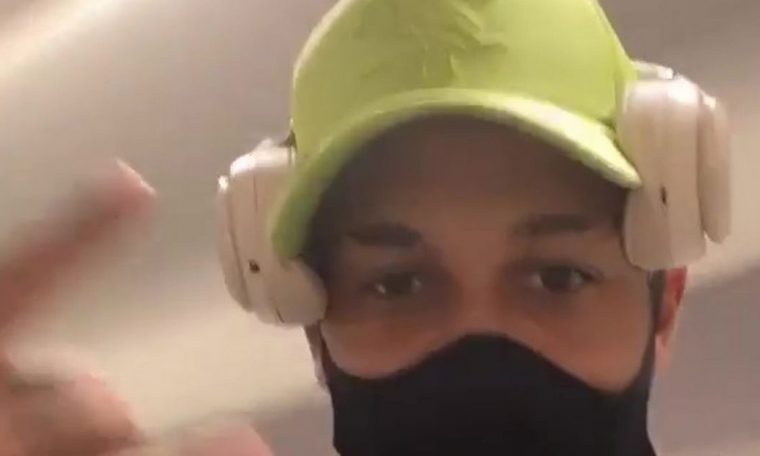 Pierre-American Obamayang has condemned African football officials when he and his Gabonese teammates stayed at an airport for six hours.

The Arsenal striker is currently on international duty with his nation and helped the Gambia to a 2-1 home victory on Thursday.

He is due to play a reversal in the West African country on Monday, but was dropped off at Gambia’s Banjul International Airport after the team confiscated his passport.

Some of the players were pictured lying across the sleeping floor, while others took to social media to voice their grievances.

After stopping at 11pm local time, he was finally released before 6am and Obamayang took to Twitter to express his hatred of his treatment.

He tagged the official account of the Confederation of African Football and wrote: “What a great night at the airport.”

He then added: “Just want to know why Gambia keeps our passports for hours and they keep us at the airport. Are we hostages or what? Are you closing your eyes? The next episode of this movie Want to see. “

He later took a picture of the team aboard the team bus with the caption: “Finally on the bus. See you later. Thanks for the extra inspiration, Gambia,” suggesting his opponents hold him up from the big match. To try to get tired first.

And in response to a supporter who made the same suggestion, Obama said: “It will not diminish us, but people need to know, and especially the OCF-Line Online to take on these responsibilities.

Gabon is currently top of their qualifying group with two wins and one draw, but Gambia is just three points behind and in second place.