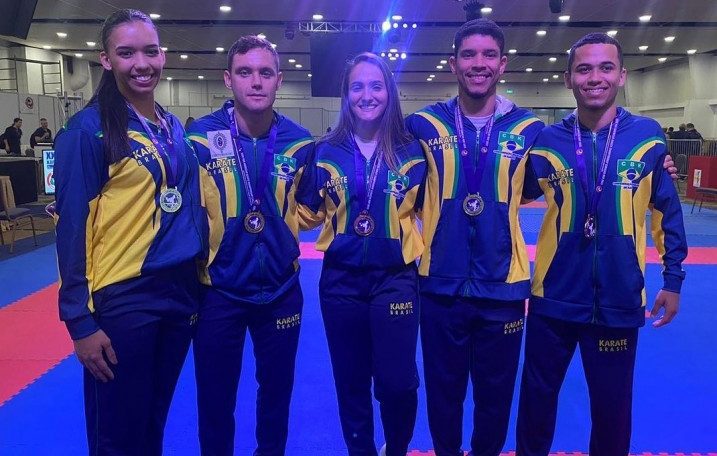 In addition to Sabrina Pereira, Caroline and Thayne were also part of the delegation.

Ikara was represented in karate last Wednesday, 25th and this Sunday, 29th, at the Senior Pan American Championships 2022 which took place in Curaçao, Caribbean. The FME Içara/Team Everaldo/Unesc/Mampituba team also competed for the Brazilian national team as part of a delegation of over 30 people. karate Sabrina Pereira Won bronze in 61kg kumite category and silver in team kumite. carolaini pereira -55 kg and competed in Thane Teixeira At +68 kg, but he did not get a medal.

Sabrina Pereira won her first fight against a Guatemalan athlete, but lost her second fight to Venezuela. With Venezuela going to the final of the class, Sabrina returned to repechage, winning Canadian and American athletes. With the win she won the spot to dispute the bronze. The fight against the athlete from the Dominican Republic was fierce, but içarense won 6×5, bringing the long-awaited medal of karate from America to the municipality and Brazil.

Athlete Thayne Teixeira also made history at the championship. She won against an Ecuadorian, but lost against a Chilean who qualified for the final. Thane had a chance to make a comeback in repechage. In the first fight, he won against a Colombian and advanced to a bronze brawl with a Canadian, although he lost and took fifth place.

Caroline Pereira won the first fight against Panama and the second against an opponent from Chile. He lost his third fight to a Colombian athlete. Since the Colombian did not advance to the final, Carolini missed his chance to play for third place.