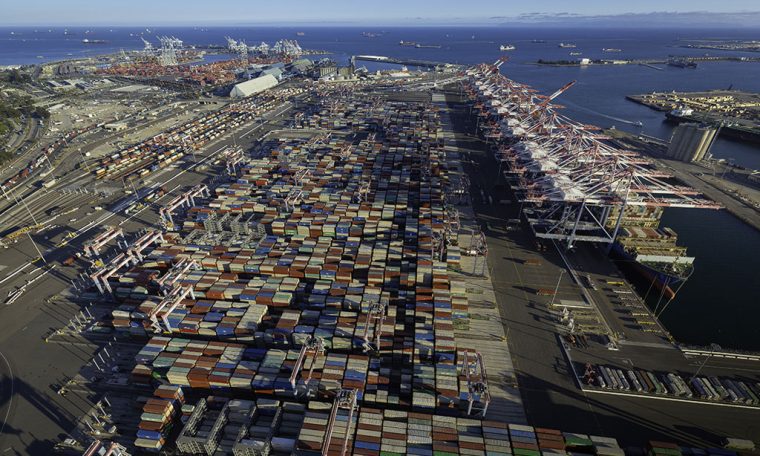 Working in logistics and foreign trade for 41 years, being 30 years as an advocate and scholar of the subject of comparative regulation, not only in the United States, since the enactment of Law No. 10.233/2001, Posted in -Doctoralized for fifteen years in the United States FMC v. ANTAC, and published the book Regulatory Law and Innovation in Transportation in the United States and Brazil, Consetto, Florianópolis, 2009, 409 p., I can say that there is evidence of political rhetoric in the reform. Ocean Shipping Reform Act (OSRA22).

This is because I understand the possibility of the FMC regulating most of the topics below, even before the reform, through rules edited by itself, apparently presented for public hearing, and not by law. For. So, here’s a question: Why didn’t the FMC take the initiative in regulation?

Some of the laudable innovations in the bill are as follows:

(i) authorizes the FMC to initiate investigations into foreign shipowners, as well as intermediary agents, to protect the interests of the nation, as well as prevent shipowners from unfairly denying business opportunities to US exporters ;

(ii) shifts the burden of proof relating to late fee and detention fee by way of delinquent charges;

(iii) that ship owners and port operators require that in collection (invoice) contain late fees, deadlines and a detailed breakdown of information that changes to the standard must comply with;

(iv) increasing transparency through pre-regulation, including controlling how many empty containers are being transported or will be carried;

The bill was approved unanimously by the US Senate and the House of Representatives, which aims to amend Title 46 of the United States Code, by including S 3580, and restrict the operation of international maritime carriers, among other powers. or port operators. The standard will be called the ‘Ocean Shipping Improvement Act 2022’.

There are many innovations, as the project has forty pages, and they point to prior economic regulation, the use of new technologies, and increased transparency. Among them, the FMC shall: (i) publish on the official website every year all cases involving improper detention and late fees as well as applicable penalties and the name of the violating ship owner or NVOCC and (ii) Verify that the above fee does not violate the ‘Explanatory Rules on Late Fee and Detention under the Shipping Act’, or the law which it may succeed.

In addition, the rule contains criteria for the application of sanctions, including economic, and which takes into account the criminal’s history of conduct, as already done through accountable regulation by ANTAC.

Another measure is the registration and disclosure every four months of the total TPB of imported and exported cargo and a total of empty and full 20 TEU containers per ship, as well as a report called Disclosure containing the results of the investigation. fact finding No. 29, International Ocean Transport Supply Chain Engagement,

See also  Elections in the Digital Age: The Impact of Technology on Politics and the Use of Fake News Campaign SXSW 2022 - poca Negócios

As with many innovations, some involving various government and state agencies, however, the following question remains: can these changes to the US regulatory model contribute to improving the Brazilian model?

Undoubtedly, however, without any “mute complex” by Nelson Rodrigues, I can say that changes to the above project, particularly with regard to container demurrage, as well as the application of sanctions, are already in the regulatory framework of ANTAC. Huh.

They are the result of nearly a decade of effort between users, Antaq and various economic agents in the region, which culminated in a version of the standard resolution number) and, to which we contributed greatly during this process. This was one of the suggestions in our 2009 postdoc report, published in the above book, p. 388-389, along with many others, amended and amended by Resolution No. 62/2021.

Clearly, as I suspect, a methodologically adequate and more thorough comparative study of the changes than the regulatory framework with which Antaq has been doing since December 2017, and an appreciable learning curve, notwithstanding the fact that The judiciary often does not cooperate which, with the necessary adjustments, could contribute to further improving the Brazilian model and improve the North American model in many aspects, not least. on paper,

This is because there is still a gap between the criteria on paper (with legal effect) in Brazil, and the norm In action, that is, when it is applied to the concrete case and reaches what we call social effectiveness. Almost a sheen after the version of the standard, very few operators and users know and explore its possibilities and limitations as a result of this standard progress.

See also  Republican 'failure' could be Biden's way into Congress

On the other hand, I have no doubt that in order to guarantee the interests of service providers and users on the one hand, in many aspects, what has already been done in Antak in the interpretation and application of the Regulations and Resolution. On the other hand, despite the American effort, they are better than many of the devices in the above project.

After all, capitalism has to be saved from the capitalists. Without state regulation, there is no capitalism. The US Presidency and Congress have known this for more than two centuries. The Brazilian model of regional regulation of sea and port transport, provided that with small adjustments, including greater budget allocation, already has sufficient means for the mission aimed at the above bill. Lessons for Brazil. Lessons for America.

Osvaldo Agrippino is a lawyer and consultant specializing in logistics and foreign trade regulation, Partner at Agrippino & Ferreira, Post-Doc in Transportation and Port Regulation – Harvard University (2007-2008)