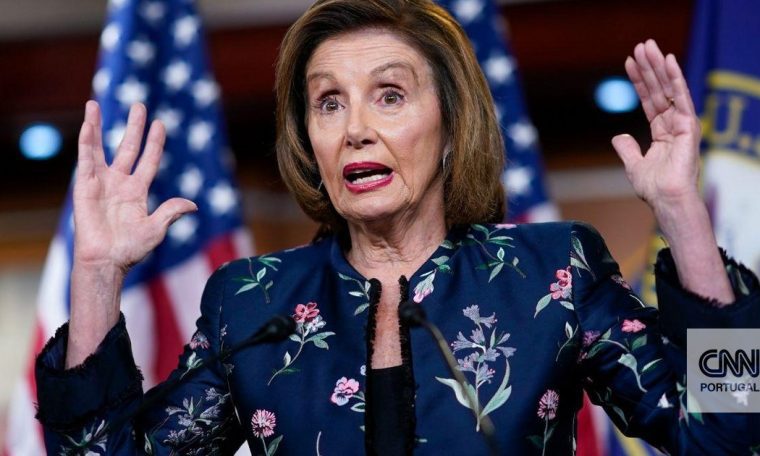 If Nancy Pelosi visits Taipei in August, it will be the first visit by a US congressional leader to Taiwan in 25 years.

US President Joe Biden said on Wednesday that he thinks the US military does not consider it “a good idea” for US Congressman Nancy Pelosi to visit Taiwan at this time.

Biden’s remarks came a day after China’s foreign ministry warned that if Pelosi visits the island, the country will take “firm and tough measures”, which Beijing claims despite acting as a sovereign political entity. does. ,

“I think the military thinks it’s not a good idea right now,” Biden told a news conference in response to a question about Pelosi’s visit.

“But I don’t know what the current situation is,” he explained.

The Financial Times reported this week that the speaker of the US House of Representatives will visit Taiwan in August, at a time when Taipei faces increasing pressure from China.

If confirmed, it would be the first visit by a US congressman to Taiwan in the last 25 years. Pelosi had originally planned to travel for April, but postponed it after testing positive for COVID-19.

The visit comes at a time when relations between the United States and China are at their worst since diplomatic relations normalized in 1979, and Washington recognized the leadership in Beijing as the only legitimate government in all of China. started giving Breaking off official contact with Taipei.

Pelosi’s office neither denied nor confirmed the visit.

The United States has a longstanding commitment to a “one China” policy, meaning that Beijing is recognized as China’s sole government, but is allowed informal ties and defense ties with Taipei.

Taiwan, the island where the former Chinese government took refuge after the Communist Party took power on the mainland in 1949, regards itself as the Republic of China, and serves as a sovereign political entity.

However, Beijing considers Taiwan a province and threatens to use force if the island declares independence.

Biden also said that he expects to meet via video conference with Chinese President Xi Jinping within the next 10 days.

Biden’s economic and national security advisers are reviewing US tariff policy and drafting recommendations for the president.

His predecessor, Donald Trump, imposed punitive tariffs on hundreds of billions of dollars of imports from China, aimed at narrowing the US trade deficit and forcing China to adopt fair trade practices.

Treasury Secretary Janet Yellen has called for the elimination of some of these fees as a way to help fight inflation in the United States. Other members of the Biden administration, including US Trade Representative Catherine Tai, have raised concerns about easing tariffs as China fails to meet a commitment to increase imports of American goods.

Biden avoided questions about what he would have to say to Xi about the fees. “I’d say have a nice day,” replied the US head of state.