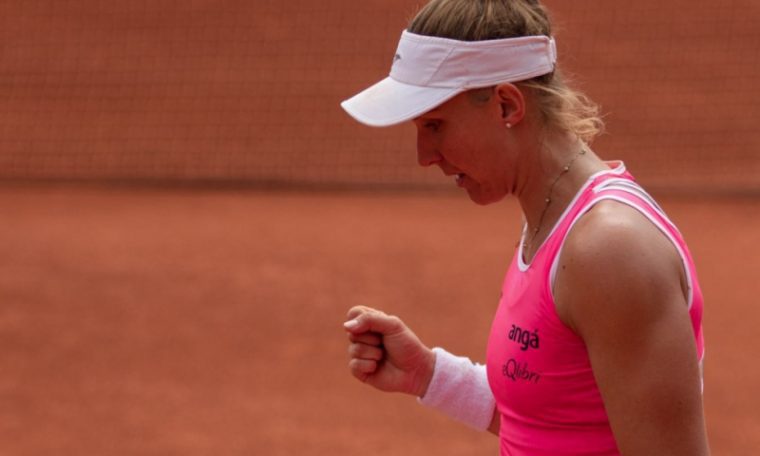 Brazilian tennis player Biya Haddad could not tackle Czech Petra Kvitova’s serve and went down 2 sets to 0 (6) in the semi-finals of the WTA 500 in Eastbourne, United Kingdom this Friday (24) morning. /7 and 4/6).

Kvytova’s rivals in the final will be Latvian Jelena Ostapenko or Italian Camila Giorgi – the decision comes early this Saturday morning.

With this setback, Biya said goodbye to the historic sequence of 13 consecutive wins. The current number 29 in the rankings was looking for its third straight final on grass – it has won tournaments in Nottingham and Birmingham in recent weeks.

She became the first woman after Serena Williams to win at least 12 consecutive matches on the grass – winning 20 matches in a row between Wimbledon 2015 and Wimbledon 2018.

In Birmingham, Biya faced Kvitova and won 2 sets to 0 (7/6 and 6/2), but history was not repeated at Eastbourne.

how was the game

The first set of the match was decided in the details, and what proves it is its duration: 1 hour 7 minutes. Kvitova won the tiebreak 7-6, 7-5. The Czech made a brilliant second serve and complicated the Brazilian in the reception.

Also, the two-time Wimbledon champion was lucky at some point when the ball deflected into the net but landed on Biya Haddad’s court with no chance of defence.

In the first game of the second set, Biya’s serve was broken and the match got messy.

The Brazilian had problems with double faults in the service, and on the other hand he had an opponent who was selling each point very expensive.

Today, Biya Haddad finds the key to next week’s Wimbledon match. He debuted against Slovenian Kaja Juvan, who is ranked 60th in the world.

They have already faced each other twice on the professional circuit and Brazil has won both chances – both played on the fast floors of qualifiers in Auckland (New Zealand) and the Australian Open in 2019.