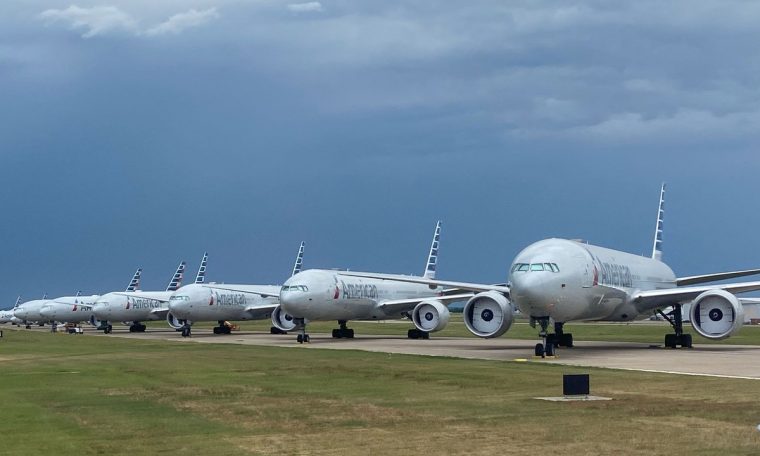 A Boeing 777 from the Russian company Rosia had to make an emergency landing on Friday (26) in Moscow after an engine problem a week after an incident with an aircraft in the United States.

According to a statement issued by Rosia, a subsidiary of the Russian public company Aeroflot, “an engine control sensor malfunction was detected during cargo flight 4520 Hong Kong-Madrid and the crew decided to make an emergency landing in Moscow.”

According to the statement, the landing took place as usual and the aircraft would resume its flight to Madrid after 12 noon (6 pm GMT).

Last week United Airlines Boeing 777’s right engine flew to Honolulu, Hawaii, shortly after flying from Denver, Colorado, USA. At the time of the accident, the aircraft carried 231 passengers and 10 crew members, prompting the pilots to return to the airport immediately. There were no injuries and the aircraft managed to land.

There is still no information about the engine of the Boeing 777 making an emergency landing in Moscow. More than 120 Boeing 777s powered by Pratt & Whitney PW4000 engines have remained on the ground worldwide since last week’s incident.

According to The Wall Street Journal on Thursday (25), Boeing had been working with the Federal Aviation Administration (FAA) for two years to strengthen the engine cover of the 777, prior to the incident in Denver.

On Tuesday night (23), the FAA ordered inspection of all Pratt & Whitney engines similar to the one being damaged. Investigators attributed the crash to the blade of a turbine, which shut down shortly after takeoff due to “metal fatigue” that apparently went through the engine cover.

Boeing and the FAA avoided talking about efforts to modify the 777, which required a series of evaluations and tests. The manufacturer’s spokesman said, “The company is in constant communication with our customers and the FAA, and strives to improve safety and performance throughout the fleet.”

“We will continue to follow the FAA guidelines and all issues related to safety and compliance on this subject, and we continue to update our customers,” he said. The FAA said it focused on Pratt & Whitney engines in its most recent order, with turbine blade inspection and another aircraft of the same model with a prior guideline following the 2018 incident.

A FAA spokesman said, “Remodeling the fuselage and engine parts is a complex process. One of the top priorities so far is that turbine blades will fail and cover damage to reduce this risk.” Can deliver. ”