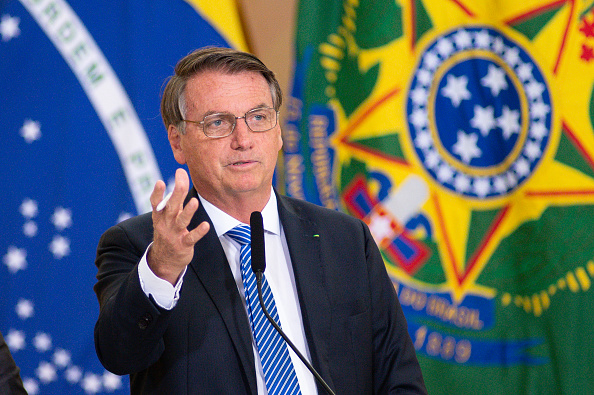 This article is part of the EXAME Desperta newsletter. Subscribe for free and get a summary of topics that will be in the news every morning

President Jair Bolsonaro Begins this Friday, the 12th, for a weeklong official tour of the Middle East. script starts with Dubai, in the United Arab Emirates, where the Expo Dubai trade and innovation fair takes place, and continues in Qatar and Bahrain. “This visit is the crown of a successful foreign and trade policy strategy,” said Augusto Pestana, president of Apex-Brasil, responsible for organizing the trade agenda of the Brazilian authorities.

Next Monday, which will be ‘Brazil Day’ at Expo Dubai, Bolsonaro is expected to deliver an opening speech at a seminar on investment opportunities in the country in sectors such as infrastructure, oil, renewable energy and real estate.

The next day, the program continues with a round of bilateral talks between representatives of ministries including infrastructure and the economy, and investment funds. BNDES and CNI should also be present. “The official visit will also serve to reinforce Brazil’s presence in the region,” said Ambassador Achilles Zaluar, the head of the foreign ministry’s office.

Infrastructure Minister Tarcisio de Freitas is expected to attend the first part of the trip in Dubai, where there are plans to hold several meetings with the investment fund. Tarcisio arrives in the Middle East on Sunday, the 14th – he revises his trip with a roadshow taking place in Europe, aimed at promoting large infrastructure auctions, properties such as the Congonhas and Santos Dumont airports and the port of Santos. have to give. scheduled for next year.

President Jair Bolsonaro visited Asia and the Middle East in 2019. On this occasion, countries like Saudi Arabia, Qatar, Japan, China were included in the itinerary.

The Arab countries represent the third largest destination for Brazil’s exports, after China and the United States. In 2020, the trade balance with Saudi Arabia, the United Arab Emirates and other countries in the Middle East and North Africa generated a surplus of $6 billion. Agribusiness products such as sugar, chicken, corn and beef account for the majority of exports, with revenues of more than $6.7 billion in 2020.