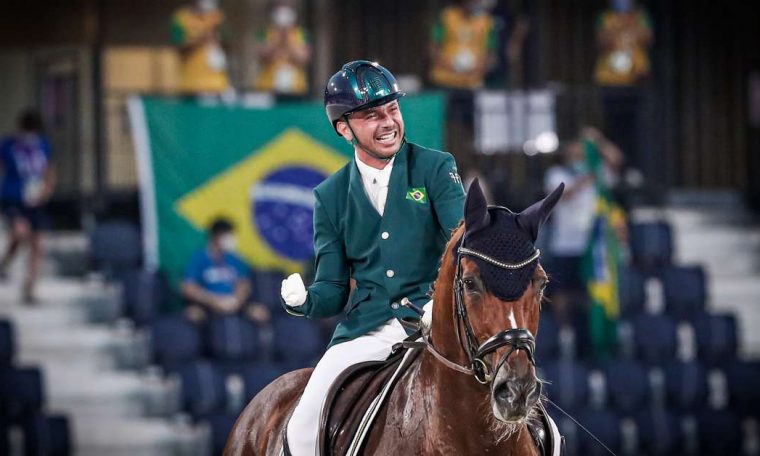 Brazil once again secured four podiums on the second day of the Tokyo Paralympic Games. Swimming, once again, proved to be the head of the delegation and won two more bronzes. The country also had an unprecedented silver in Hispism and another Vice-championship in Fencing. Despite four medals, Brazil lost places and dropped to 10th place in the overall standings, as it had no gold medals this Thursday.

Daniel Dias won another bronze in the s5 100 m freestyle event in the individual swimming event, and was part of the 4×50 m freestyle relay team that finished third. With these, the athlete reached 27 Paralympic medals.

Jovain Gisoni returned to bring a medal in wheelchair fencing – he had already won the gold medal in London-2012 and the silver medal in Tokyo. Another silver was achieved by Rodolfo Riscalla in dressage equestrian, Grade IV. Brazil also won table tennis well, while the men’s goalball team suffered a loss to the United States 8–6. See other highlights.

Overall, China confirmed the bias and is already ranked in the medal tally. Australia, which closed ahead on the first day, has slipped to fourth place. The UK and Russian Olympic Committee completed the podium.

The United States has, historically, not repeated the Olympics’ dominance in the Paralympics. So far, the Americans have won two golds and two silvers, placing seventh in the overall standings.