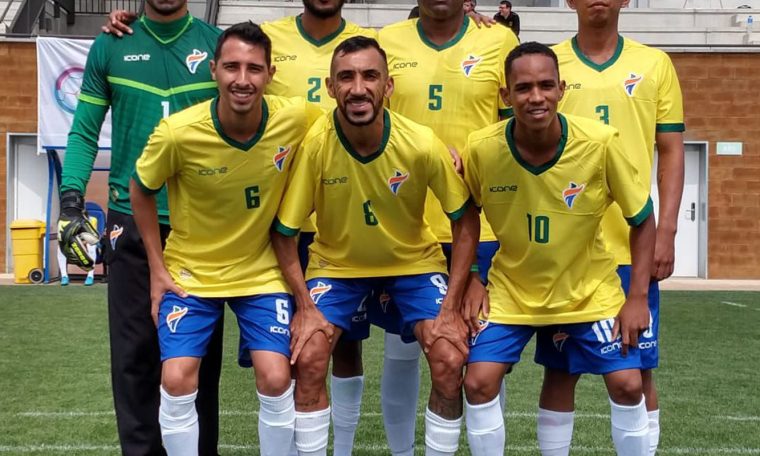 The Cerebral Palsy (CP) football team won the bronze medal in the world championship of the sport held in Salo (Spain). The country finished third on the podium this Sunday (15) after beating the United States 2-0, repeating the campaign of the previous edition three years ago.

The Brazilians were surprised by a 4-1 loss to Iran in the semi-finals on Thursday (12). In the 25th minute of the first half (each half in PC football has 30 minutes), Angelo Mathias shared the field with the American goalkeeper and opened the scoring, scoring his fifth goal in the World Cup. Evandro de Oliveira scored a penalty in the last minute to guarantee victory.

Congratulations @andenarede ️🏆 on winning the bronze medal at the 2022 IFCPF Men’s World Cup and finishing in third place!

It was the fifth time Brazil finished the PC Soccer World Cup (known as Paralympic Seven-a-Side football) in third place. Apart from 2019, the selection was also bronze in 1998, 2001 and 2015. The best campaigns were in 2003 and 2013, when the Brazilians went to the finals, but were runners-up.

Brazil finished the World Cup with five wins and only one loss, right to Iran. In the first leg, the team defeated Thailand (3–1), Germany (6–0) and Ireland (3–0). In the quarterfinals, the victory was over rivals Argentina (3–0).

Ukraine defeated Iran 1-0 in the final on Sunday to win the cup for the seventh time. The extension is that due to the Russian invasion, military tensions in the country, the Ukrainian participation, the biggest world champion, was uncertain until a few days before the tournament began. The International Federation of Cerebral Palsy Football (IFCPF) organized an online funding campaign to enable the team’s presence in Salou.

In PC football, athletes are divided into FT1, FT2 and FT3 classes. Those with greater physical-motor impairments in FT1. Each team must have at least one of them among the holders. FT3, on the other hand, brings together players with lower level paralysis and each team can only have one on the pitch.

The length of the game is not the only difference for traditional football. The number of athletes per team (seven) and the size of the field (70m by 50m) and the goal (twom by fivem) vary. Also, there are no offsides in PC football and the throw-in can only be done with one hand.