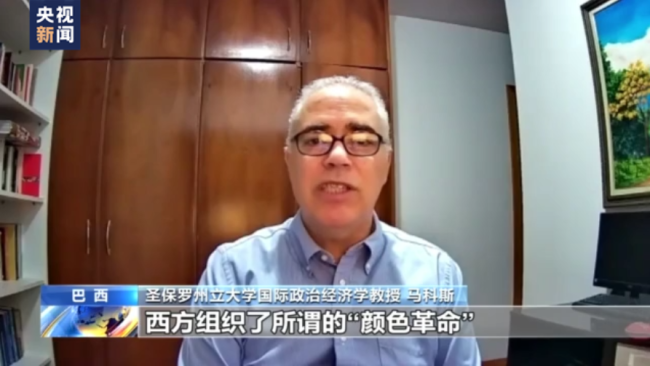 In a recent interview with China Media Group (CMG), Marcos Cordeiro Pires, Professor of International Political Economy at So Paulo State University (Unesp), said that the United States should immediately stop its words and irresponsible actions.

The researcher said that supporting anti-government forces, interfering in the internal affairs of other countries and changing the system are common actions of America. According to academia, the so-called “color revolution” is taking place in the countries around Russia, damaging regional stability following the dissolution of the Soviet Union.

The Brazilian academic also highlighted that the Western media plays a negative role in the conflict between Russia and Ukraine. They choose to ignore the complex cause of the current conflicts and avoid projecting the plight of Russian-speaking residents in the Donbass region.