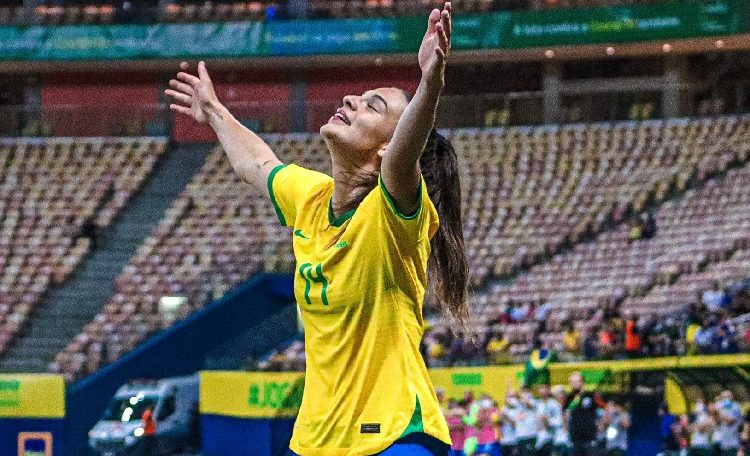 Levante (Spain) Brazilian player Gio Queiroz condemned in an open letter on social media this Tuesday the moral and psychological harassment she faced while defending Barcelona.

In the message, addressed to Barca president Joan Laporta, Brazil says his complaint was sent to the club’s board and that “those responsible for the abusive conduct have been fully identified”.

Gio Queiroz, who arrived in Barcelona in July 2020 at the age of 17, says that he was well received at first, but everything changed when he was first called up to the Brazilian national team.

The striker says he had received “signs” that defending the selection would not be best for his future at the club and that the situation was getting worse over time.

“They were abusing me so that I would stop defending the Brazilian team. He used arbitrary methods with the aim of harming my professional life within the club”, the player said in the letter.

Gio Queiroz accused the head of Barcelona’s medical department of subjecting him to “illegal confinement”, claiming he had close contact with a man who tested positive for Covid-19 in February 2021.

“From the beginning, I thought the real reasons for the imprisonment were other,” said the Brazilian, who explained that he asked the Catalan health department to clarify that his case could not be treated this way.

“Finally, they locked me up illegally and I could not leave the house. I couldn’t train or keep up with a normal routine. I was devastated.”

Upon leaving this “imposed quarantine”, she states that she was authorized by FIFA to defend Brazil in the United States with full knowledge of the club. But when she returned to Spain, she was “accused of having committed serious indiscipline and, therefore, would be dropped from the team and face dire consequences”.

“From that moment, my life changed forever. I was fully aware of the humiliating and embarrassing situations inside the club for months.

Barcelona claim that Jio traveled to join the national team without fully complying with the quarantine.

Club sources told AFP the player had already filed a complaint with the ‘compliance’ department, which concluded he had violated the rules.

According to the same sources, Gio Queiroz also complained to FIFA, which would have given Barcelona a reason too.