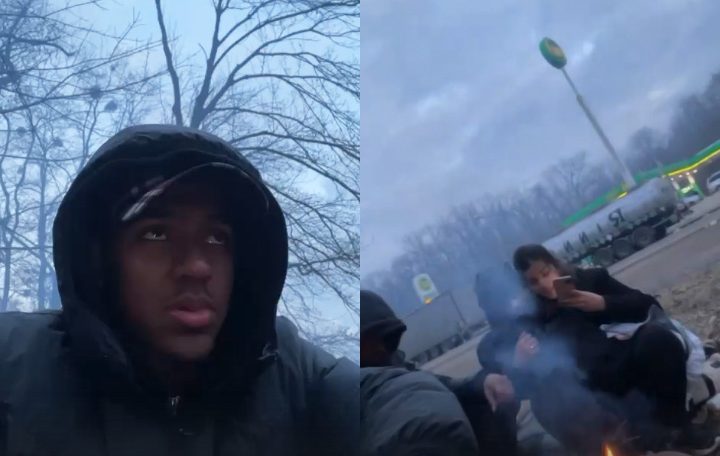 Players Guilherme Smith, Cristian Fagundes and Juninho were barred from crossing the Ukrainian-Poland border to protect themselves. Russian attack, Still in the banned group are Juninho’s wife, Vittoria, and the couple’s son, Benjamin.

Last Friday (25), they boarded a train in Zaporizhzhya, where they lived, headed for Lviv, the largest municipality in western Ukraine. From there they continued on foot for about 60 kms, but were stopped by the police 4 kms from the border. The group spent the night outdoors and had to start a fire so they could stay warm.

The players claimed truculence and were barred from passing. “It is a very delicate situation that we are living in now. We were very close to the border, 4 km away, and all of a sudden, they stopped us. rebel against. Others start fighting more, which I don’t want from anyone”, Guilherme explained.

At dawn, the group managed to catch a bus and return to Lviv, where they were set up in a hotel with the help of the Brazilian embassy in Ukraine. There is still no information on how they will manage to leave the country.

A Brazilian woman offered support to the athletes. Camila Kopek is part of a task force made up of Brazilians who live in Poland and have come together to welcome players and other Brazilians who need help crossing the border between the countries.

In an interview with the G1 portal, Camila Kopek revealed that a group of Brazilians were ready to meet the players on the street, but they were stopped and would be able to provide any assistance only after the group crossed the border.

“Border guard said that only family members can travel in private cars. The border was closed for about 2 hours to change shifts, but it is back to work. Even People without passport can also enter. Pray that everything goes well,” he said.