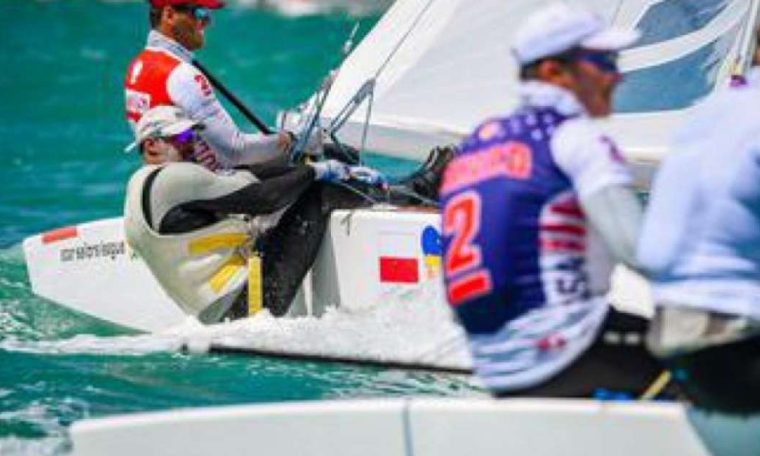 Polish Mateusz Kuznierewicz and Brazilian Bruno Prada continue to have extensive gains in the Star category, led by the Bacardi Cup Invitational Regatta. Held at Biscayne Bay in Miami, USA, the event will feature a total of six regattas and the pair will reach the halfway point of the championship with four points from North American Eric Doyle and Payson Infelles. There are 60 boats from different countries in the competition and it runs till 12th.

Mateusz Kusznierewicz and Bruno Prada are the current two-time champions of the Bacardi Cup and continue to show that teamwork is growing. Both were Star Worlds in 2019. Both finished second in this Wednesday (9).

Brazilian Bruno Prada, Olympic medalist in the Star in Beijing 2008 and London 2012, explains that the pair’s boat is fast, which can adapt to the wind conditions for the next regatta in Miami.

– Reaching the middle of the championship, with lots of tough races! It’s great to go sailing here in Miami and the winds are moderate to strong, but very hot! We are in the top three of the competition with great sailors! I still have half the race and it will be very important to position myself tomorrow and arrive with a chance in the fifth and final race – explained Bruno Prada.

North American Jack Jennings and Brazilian Pedro Trouch were the winners of the race. The result breaks the hegemony of Mateusz and Bruno, who did not lose a race in this competition for two seasons in Miami. Winds were moderate to strong in Biscayne Bay.

Jack Jennings and Pedro Trouch are seventh overall in the Star category at the Bacardi Cup.

Olympic medalists Bruno Prada and Pedro Trouche are among other names in Brazilian sailing in the Bacardi Cup, such as Samuel Gonsalves, Rodrigo Meirelles, Edmar Gonzaga, Ronald Seifert, Fabio Prada and Andreas Perdicaris.

The Bacardi Cup Invitational Regatta features categories other than Star, such as Melges 24, Viper 640, VX One and 69F and J70. Later, a ship in Brazil would have Jorge Zarif, Henrik Haddad, Mario Tinoco and Commander Selmo Niesenbaum.

The country will have one sailboat with Marcos Soares, Thiago Soares, Gabriel van ze Penido and Nicolas Pelicano Grael, and another with Alberto Guarischi, Andre Guarischi, Gabriel Portilho Borges and Mauricio Santa Cruz.

The competition began its history in the 1950s with the Star Boat in Havana, Cuba. In 1962, the chain moved to Biscayne and in 2010 the program expanded to include classes other than Star. The organizing committee is made up of Coral Reef Yacht Club, Biscayne Bay Yacht Club, Shake Leg Miami and US Sailing Center.