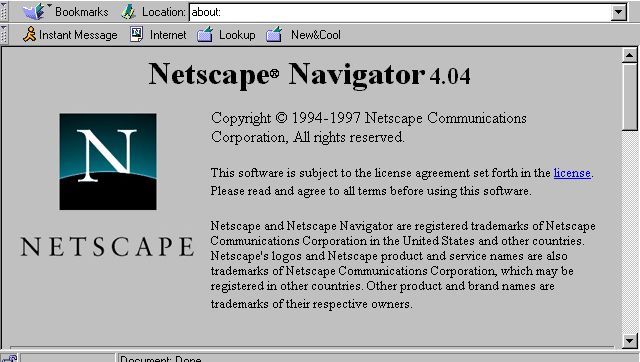 The trade agreement between Great Britain and the European Union nonetheless refers to the software – and describes it as “modern”.

On page 921 of the contract Related routes can be found. This is where data exchange between countries is regulated. Because: Along with Brexit, Great Britain is also abandoning the General Data Protection Regulation (GDPR) of the EU, leading to new agreements.

It states that e.g. The data exchange of vehicle registers or fingerprints must be encrypted using the standard s / MIME function, it says there. This is justified by the fact that they are already being used in “modern e-mail programs”. For example “Outlook, Mozilla Mail and Netscape Communicator 4.x”.

News site Hackaday It presupposes that the mistake is not correct because the authorities have merely copied excerpts from the old legal documents. The same text can be found in EU law since 2008.