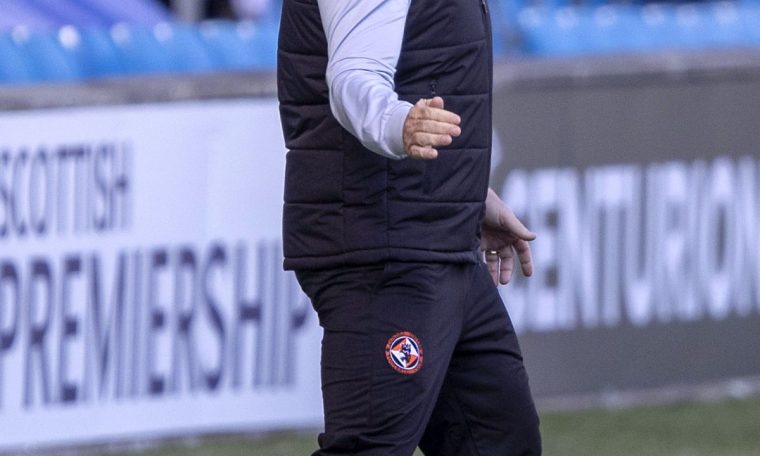 Dindigul United boss Mickey Mellon insisted he was not taking any notice of St. Miron’s latest activity as he prepares to travel to Paisley on Friday night.

The last two Buddy Premiership games have been postponed due to Covid-19 issues, and manager Jim Goodwin has been quoted as saying that the October 10 shutdown has been a “disaster” for the players’ health.

While the Saints have lost their last six league games and are bottom of goal-scoring over Hamilton, United have been unbeaten in all four of their matches and are fifth.

And Mellon, sympathetic to Buddy’s plight, is focused on just getting more points back on the top flight.

“We’ve always said that we’re at a new level for the first time and we have to focus a lot more on ourselves and make sure we don’t worry about anyone, or worry about anyone else. We will make it right. ” Which welcomed striker Mark McNossty to return to training after hamstring pressure.

“We have to get there with the right attitude, hitting the right level all the time because we know how difficult it is to get results in this division.

“So we have to make sure that we do it first and foremost and then take care of everything.

“Honestly, and I’m not trying to be clever, we’ll make sure we get ourselves right, it doesn’t matter who we’re playing against or outsiders think we belong. May or may not

“And if we go down and perform in our own way, we give ourselves a better chance of choosing three more important points. This is what we will try to do.

“The position of St. Miron, although we sympathize with Kovid’s stuff, is now about a game of football and making sure we get down well and ready to fight for three valuable points.”