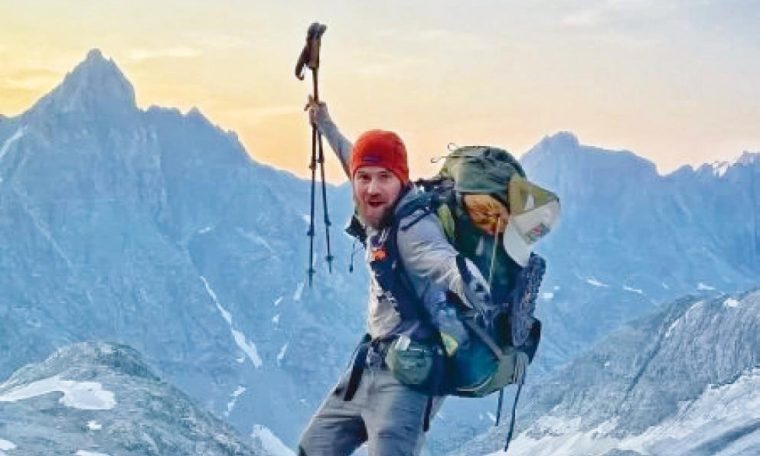 The story of 32-year-old Brazilian Arthur Vilela de Souza was told in a Noosa column on the UOL website. He decided to cross the entire United States on foot and alone. According to the information, in April it started running on the border between Mexico and the state of New Mexico. The goal is to cross five states.

In addition to New Mexico, Colorado, Wyoming, Idaho and Montana are on their way to Brazil. He said that one of his inspirations is the fact that he was raised in Mato Grosso do Sul and that he loves nature. Arthur has already tracked in countries such as New Zealand, Peru, Norway and Georgia.

This trail, called the Continental Divide Trail, offers hikers a wide variety of landscapes with dry areas, canyons, rivers, and snowy mountains. Arthur covers an average of 35 kilometers a day and takes only one backpack with camping tents, sleeping bags, food, water and a stove to prepare his meals.

So far, one of the most unfavorable paths has been the New Mexico desert, where it has been plagued by strong sunlight, lack of water, lack of shady areas, and cacti with huge thorns. The scorching heat in this region was its biggest challenge.

But loneliness and suffering in arid places gave way to a majestic landscape as he walked for days on the shore and across the Gila River, crossing a valley with walls of exotic cutouts raised by the hands of a skilled sculptor. does.

Nature’s masterpieces, with beautiful mountains visible on the horizon and rock formations where it is possible to admire the area from above, is the trophy it wins with each difficult walk.

He highlighted that, even in New Mexico, you can enjoy comfort in a space created by man. Gila Hot Springs has a one-of-a-kind swimming pool with thermal water under wooden structures that provide a soothing shade, in an invigorating rest after continuous days of walking.

In the first month of hiking, magic with the landscape was mixed with Arthur weighing less than 10kg, blisters on his feet, pain in his heels and ankles, besides bleeding from the nose.

While walking the highways, Arthur was approached, on more than one occasion, by drivers who provided him with food, sports drinks, and even beer. And, in part, there are people who leave free water in gallons for trekkers.

“It’s one of the most magical parts of this trail in the United States. We find that many people are willing to help without asking for anything in return”, says the Brazilian.

Whenever possible, he makes a point to camp in places with beautiful natural surroundings – something that isn’t hard to find on the Continental Divide Trail. They have already established their camping home under the shade of trees and on the banks of rivers, under desert stars, facing a valley and amid incredible mountain views.

And Brazilians aren’t always alone: ​​With CDT, he interviewed other travelers who were taking the same route and, in his company, explored some of the landscapes along the way.

In September, Arthur completed a 4,512 kilometer journey through deserts, snowy mountains, forests, valleys and rivers. At the end of the adventure, weighing in at 17kg, Arthur celebrated the end on his Instagram: “I felt a huge variety of emotions that went from loneliness, to fear, to the purest state of happiness, to a profound sense of wholeness” .

Click on the link to read the full report and other photos https://bit.ly/3Em06Jq