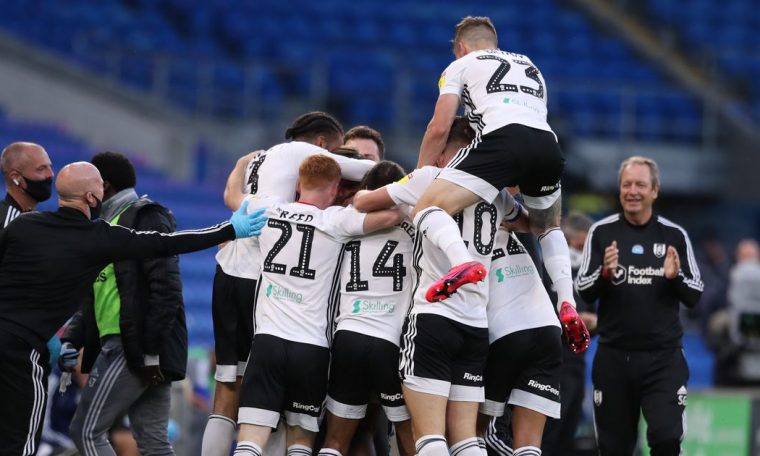 Fulham will take a sizeable advantage into the second leg of the play-off semi-final tie after Cardiff City fell to a 2-0 home defeat.

It was a game which started so brightly for the Bluebirds, but fizzled out ever-so-quickly after the break.

Cardiff missed a number of gilt-edged chances early on and, ultimately, they paid the price when, just after the break, Onomah capitalised on some pretty ordinary defending to slot home.

Neil Harris’ side then barely laid a glove on Fulham for the rest of the match and some late pressure from the Cottagers proved telling, when Neeskens Kebano whipped in a tremendous free-kick to hand Scott Parker’s men a precious two-goal lead heading into Thursday’s second leg.

The big news ahead of the match was that there was no Aleksandar Mitrovic for the visitors. The Serb was deemed unfit to play, with it as yet unknown whether he will be OK for the second leg.

In contrast, City’s striker, Robert Glatzel, started like a train and enjoyed the best of the early chances.

The Bluebirds looked dangerous in the opening exchanges, with the likes of Junior Hoilett and Lee Tomlin linking brilliantly to feed the towering German forward.

But it was a strike from Leandro Bacuna which brought Glatzel his first big chance. The right-back’s effort from 20 yards was parried by Marek Rodak, but only into the middle of the goal. Glatzel hared after it and slid to tap home from just a couple of yards out, but Michael Hector’s desperate efforts just managed to clear it away from the goal line.

Not long after, Tomlin found Hoilett with a dinked ball into the box before the Canadian turned his man and squared it to the onrushing Glatzel, whose left-footed shot stung the palms of the Fulham goalkeeper – but it was straight at him.

The next chance for the City forward came on the half hour mark, when Marlon Pack found him with a stunning reverse pass before the striker cut inside and fizzed a low, drilled effort at goal. Again, though, Rodak coolly gathered.

But Scott Parker was left scratching his head a little, with Fulham’s usual slickness and attacking endeavour just evading them.

Then, though, they started to feel their way into the tie. Neeskens Kebano dinked a brilliant ball to the back post, where Josh Onomah was sprinting in on the angle. The Cottagers man caught the ball sweetly on the half volley, but a terrific save from Alex Smithies kept him at bay.

If you’re reading this on your mobile and want to sign up for all Cardiff City updates from WalesOnline so you don’t miss a thing, open this link, hit send and save our number to your phone’s contacts as: WalesOnline Bluebirds.

Alternatively, send BLUEBIRDS to 07880 164693 in WhatsApp. Then save the number to your phone’s contacts as: WalesOnline Bluebirds

Your phone number will never be shared with any other users, nor will it be used for marketing purposes.

For more information on signing up, you can read more here.

It was the Cottagers who finished the half with a flourish, though, when Tom Cairney slapped a lovely, bending effort at goal from 25 yards, only to see it shave the post on its way out.

City would have been the happier of the two going into the break, but Fulham’s threats were beginning to show.

And that soon told after half time. Although, truth told, it was pretty shoddy defending from Cardiff City.

Onomah picked the ball up on the corner of the box, just four minutes after the restart, before turning Marlon Pack all too easily, cutting inside Curtis Nelson and then slotting neatly past Smithies to put the Bluebirds behind.

That gave the visitors all the momentum and Cardiff struggled to gain a foothold in the second half.

At the second drinks break, Cardiff looked all at sea, they had barely seen the ball after the restart, and Neil Harris sought to make changes – three, in fact.

Danny Ward, Josh Murphy and Will Vaulks were all introduced to try to add impetus for the hosts, but it just didn’t happen.

City lost their shape and Fulham capitalised. They almost made it two, too, when Pack was dispossessed just outside his own penalty box before Tom Cairney was played in, but the Scot made a hash of his effort.

The worst was to come for City. Sean Morrison was adjudged to have fouled Cairney on the corner of the box as the clocked ticked over into injury time.

Kebano stepped up, whipped it over the wall and that was that.

It was a pretty abject second-half performance for Cardiff, it must be said. They barely fired a shot.

And while this tie is not over yet, it will take a dramatic improvement at Craven Cottage to turn this around. Because that Wembley dream is now looking dim.

Want the latest Cardiff City news straight to your inbox?

Join hundreds of Bluebirds fans in getting the breaking news, transfer gossip and big interviews sent to your inbox on a daily basis.

Sign up to the Cardiff option below and then each day at 4pm you’ll receive a handy round-up of all the day’s latest news with links to read the full articles.

All you have to do is click here and select the newsletter you want.