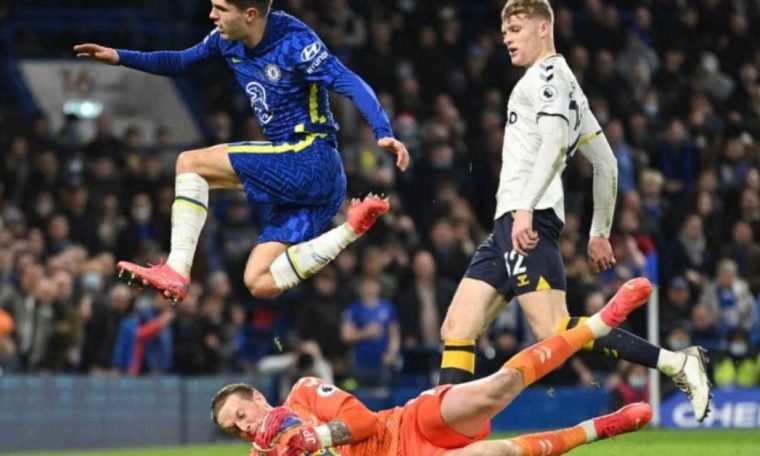 All the same in the British capital. This Thursday, for the 17th round of english championship, Chelsea hosted Everton at Stamford Bridge in London and the teams drew 1–1. Mason Mount opened the scoring for the hosts, while Branthwaite did it for the Toffees.

Playing at home, Chelsea troubled Everton from the start and created big chances with Reece James, Mason Mount and Pulisic, but failed to break the net. The Toffees’ goalkeeper, Pickford, excelled in the first half and prevented good opportunities for the Blues.

In the second half, the scenario was repeated and Chelsea continued to put pressure on Everton. In the 24th minute, in a quick counterattack, Barkley gave it to Reece James, who had played for Mason Mount inside the field. Shirt 19 dominated and went out to Pickford to break the net.

Chelsea’s lead did not last long. Everton left everything as it was four minutes after opening the scoreboard. In a free kick to the left, Anthony Gordon picked up the ball in the field and defender Braunthwaite appeared to deflect and tie on the second crossbar alone.

After this Thursday’s game, Chelsea have an appointment scheduled for the Premier League next Sunday against Wolverhampton. However, given the rise in COVID-19 cases in the UK, it is possible that the duel may be canceled once Some clubs want the tournament to stop until January. Everton have already postponed their game,