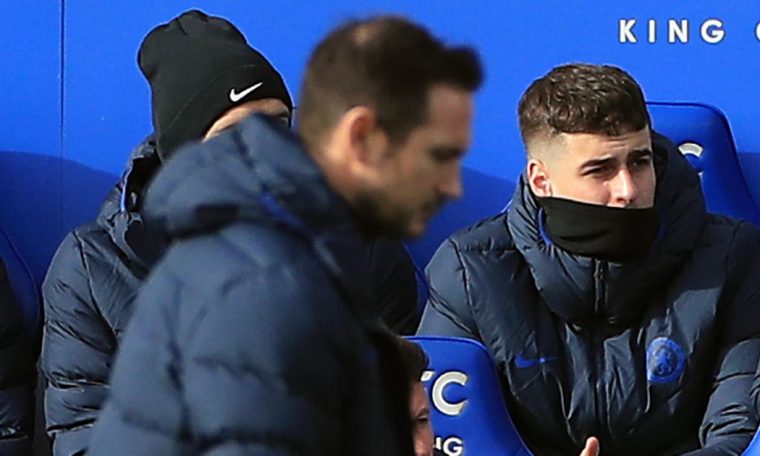 It’s been an eventful first season for Frank Lampard as Chelsea boss.

A place in the top four is within their own hands, and an FA Cup final appearance awaits against London rivals Arsenal.

It would be hard to declare the campaign anything but a success, with next season already looking exciting.

The signings of Hakim Ziyech and Timo Werner will further boost Lampard’s attacking options, and the talk is the club is not done yet.

With that in mind, here are the latest Chelsea transfer rumours.

Lampard is said to be ‘fuming’ at Kepa Arrizabalaga and has instructed Chelsea he wishes for the goalkeeper to be sold as soon as possible, according to Football Insider.

Kepa, 25, was a £71million signing from Athletic Bilbao in his native Spain two years ago but has failed to look convincing between the sticks for Chelsea.

The Blues are said to be entertaining a variety of deals to dispense with his services, including swap and loan deals, as Lampard looks to construct a team capable of challenging for the Premier League crown.

Now Football Insider claims the Chelsea boss has informed the club he wants Kepa gone as soon as the season concludes.

Maria Granovskia has been encouraged to secure a deal for Dean Henderson, according to ESPN.

Lampard is eager to move Kepa Arrizabalaga on from Stamford Bridge and has identified English shot-stopper Henderson as the perfect replacement between the sticks.

Henderson is currently on loan at Sheffield United from Manchester United and has excelled at Bramall Lane.

There had been talk earlier in the month the club were willing to offer the player wages in the region of £170,000 in a bid to secure his signature.

Chelsea are lining up a move for Atletico Madrid’s Jose Gimenez as an alternative to West Ham ’s Declan Rice.

Gimenez, 25, has cultivated a reputation as one of Europe’s finest defenders, and Lampard is desperate to boost his options at the back after a strong first season at Stamford Bridge.

According to The Telegraph, West Ham star Rice remains the club’s first-choice target, but in the event they can not snare him from rivals West Ham they will turn to Gimenez.