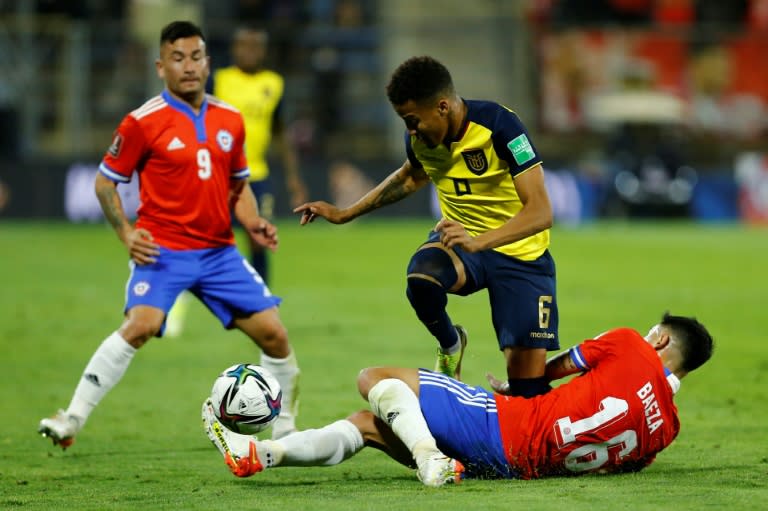 At a press conference in Santiago, Carlezo showed a baptismal certificate from Castillo, a ceremony that would have been held in the Colombian city of Tumaco, in the south of the country, in the Nario Department, on the border with Ecuador.

According to the lawyer, this and other evidence would confirm that the 23-year-old is Colombian and not Ecuadorian, and that his participation in the Ecuadorian national team during the South American qualifiers would be irregular.

“This document is very important to me … This birth certificate for Byron in Colombia is dated November 25, 1996, which the church recognized and validated on June 1, 2022,” Carlezzo told reporters.

The lawyer has already argued that Castillo’s Ecuadorian birth certificate is false. He explained that the player was “born in Colombia on 25 July 1998” but is using a birth certificate “since 10 November in Ecuador”.

“If FIFA were unaware of this information, it would have been condemnable. There are many things,” Carlezzo said. The controversy surfaced in early May, when the Chilean Football Federation filed a complaint with FIFA against Ecuador for “the use of a false birth certificate, false declaration of age and false nationality” of player Byron Castillo, who was born in Colombia. would have happened. ,

Chile demanded points in the two matches played against Ecuador for the qualifiers, claiming that Castillo played those games without Ecuador in the tri-colour team.

“We are looking for points to go into the World Cup,” said Carlezzo.

FIFA is due to issue a lower court ruling on Friday after receiving documents from Chile and Ecuador.

Ecuador’s coach, Argentine Gustavo Alfaro, said he did the “right” thing and that he won the classification “on the field”.