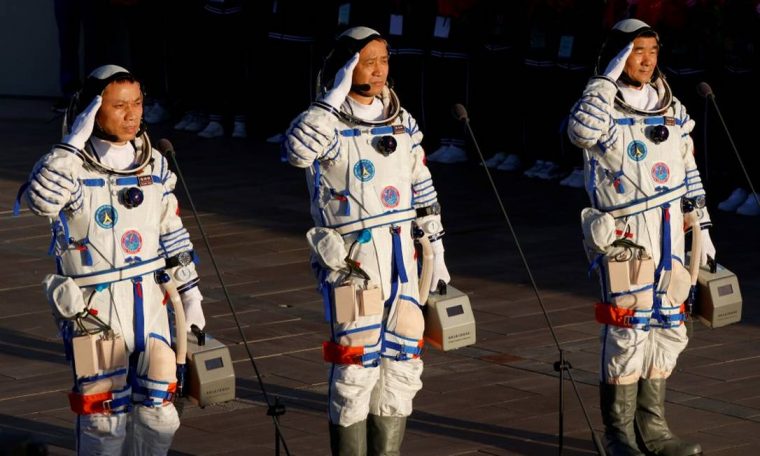 Beijing — Chinese mission that sent three astronauts new space station CSS was successful. The crew arrived at their destination approximately seven hours after the flight at the Jiuquan Satellite Launch Center in the Gobi Desert. The Longa Marcha 2F rocket took off at 9:22 a.m. (22:22 a.m. GMT) on Thursday. The manned mission was the longest ever built mission in the country.

Outside the Solar System: Scientists uncover a planet similar to Neptune that may have clouds made of water

The identities of the trio aboard the Shenzhou-12 spacecraft were revealed on Wednesday, a day before the trip. Two of them have already experienced space. Ni Haisheng, 56, is the captain and has participated in two flights, including a 15-day visit to the prototype space station Tiangong-1 in 2013. His partners Liu Boming, 54, and Tang Hongbo, 45, are members of the Air Force. Liu participated in a mission in 2008.

Marcelo Ninio: The first Brazilian mission to China, which ended in a carnival

The team’s main objective is to complete the installation of the equipment needed to fully function the new station, whose first module, Tianhe (“heavenly harmony”, in Chinese), was sent into space in April. Following the arrival of the Shenzhou spacecraft, the structure is now a three-part complex, including the Tianzhou-2 cargo ship, which arrived at the site on 30 May.

“We need to establish our new home in space and test a range of new technologies. Therefore, the mission is difficult and challenging. I believe that working together, the three of us will have a complete and accurate operation.” We can overcome our challenges. We have the confidence to carry out the mission,” Ni Haisheng said at a news conference.

Mars: China unveils new images taken by the Jurong rover on Mars, including a ‘selfie’

The construction of the Chinese space station was motivated by the fact that the Asian country was excluded from the NASA International Space Station project. The US leads partnerships with Russia, Europe, Canada and Japan and has no collaboration with China in space. The project, carried out in 10 missions until its completion by the end of 2022, should guarantee Beijing the permanent existence of astronauts in space.

The CSS, known as Tiangong (“Heavenly Palace”) in Chinese, has an estimated useful life of 10 to 15 years and will operate in low Earth orbit (between 340 and 450 km). The station’s behavior would be similar to that of the Russian “Mir”, which operated between 1986 and 2001. The weight of the structure will be about 100 tons.

The Chinese government has invested in this area. In May, China became Second country in the world to achieve the feat of sending robots to explore Mars. Jurong’s visit followed the arrival of Perseverance from the United States in February. Since 1960, more than 40 space missions have reached the planet, however, less than half of them have been successful.