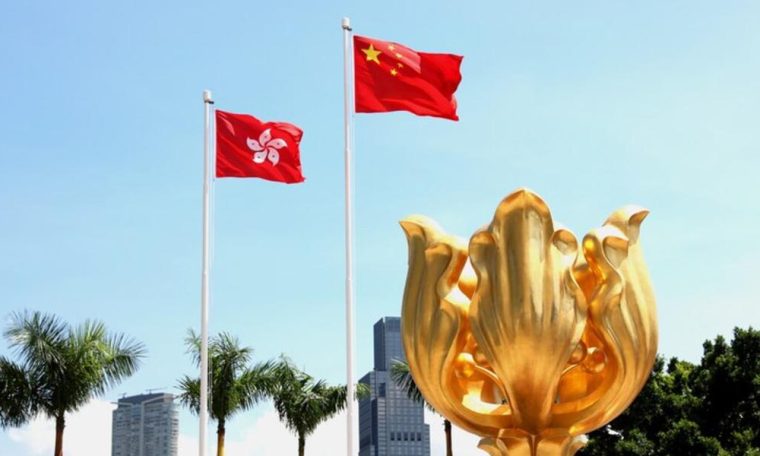 
China International Radio – On the occasion of the 25th anniversary of Hong Kong’s return to the homeland, British Prime Minister Boris Johnson and the country’s Foreign Minister Liz Truss respectively made statements about the event. He claimed the UK has a “historic responsibility” to Hong Kong residents in line with the Sino-British Joint Declaration and “will not leave the city”. These ridiculous political demonstrations reflect Britain’s daydream of meddling in Hong Kong and interfering in China’s internal affairs.

Some Britons have taken advantage of the Sino-British Joint Declaration to deceive the international community and use it as an excuse to interfere in Hong Kong affairs. The signing of this document in December 1984 aims to resolve the issue of the withdrawal of Hong Kong, the main content of which is that China resumes the exercise of sovereignty over that place. After its return to the homeland on 1 July 1997, the rights and obligations relating to the United Kingdom have already been fulfilled in this Declaration. The basis of the central government to govern Hong Kong is the Constitution and the Basic Law, not the Sino-British Joint Declaration. Britain has no sovereignty or governance and supervisory authority over Hong Kong after its return to China.

The facts of Hong Kong’s development are the best evidence to refute these claims. Hong Kong is the world’s most free economy, with international centers in finance, trade and shipping. The achievements made in the last 25 years are obvious to all. The successful implementation of the “one country, two systems” policy in Hong Kong has gained international recognition.

Indeed, Britain is grappling with its domestic problems. On 28 June, Scottish Prime Minister Nicola Sturgeon announced plans for a second independence referendum to be held on 19 October the following year. It has vowed to take legal action to secure votes if the British government tries to block the project.

On the other hand, the United Kingdom’s House of Commons generally approved draft legislation that allows the British government to repeal parts of the Northern Ireland Protocol, a fundamental to the United Kingdom’s withdrawal agreement from the European Union. system is. Brussels has already warned that it will not tolerate any changes and question the validity of the proposal, but the British government says it is legal and necessary.

Facing domestic problems, Boris Johnson’s government also claimed that “it will not leave Hong Kong”. Its intentions are clear, indicating that it seeks to take advantage of the issue to show strength abroad and strengthen its presence in the international community, to remove domestic contradictions and evade responsibility. As these problems grow and develop, British politicians may face not only the independence of Scotland and Northern Ireland, but also a crisis of disintegration and a deterioration in the international situation.

Hong Kong is part of China and has nothing to do with Britain. British politicians must clearly know the reality and trend in the recognition of their historical responsibilities to the people of the United Kingdom.