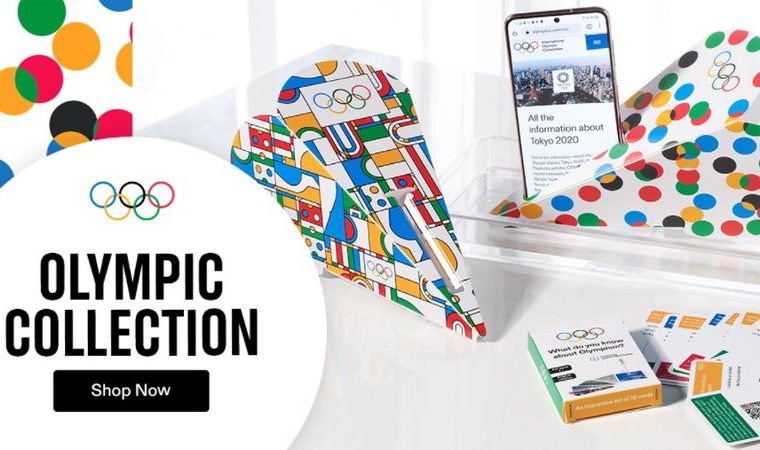 E-commerce is already in operation for the United States, European Union, United Kingdom, Switzerland and Mexico

The International Olympic Committee (IOC) has entered into an agreement with specialist sports retailer Fanatics to launch a global online Olympic store. This is the first time that the unit will provide items developed by licensed partners and organizing committees at a single integrated location.

The e-commerce was officially opened this Thursday (28) and can be found at this address. Initially, it will operate in the United States, the European Union, the United Kingdom, Switzerland and Mexico. Then, it is expected to be available worldwide, except in Russia and China, by the middle of 2022. In the Asian country, the IOC will continue with a separate store, which is managed by the entity’s sponsor, e-commerce Alibaba’s retail platform Tmall, in partnership with the Beijing 2022 Olympic Winter Games organizing committee.

Initially, the new IOC Virtual Space will feature three main collections. The first is the Olympic and Paralympic Games Collection, which celebrates the upcoming Olympic and Paralympic Games, with some of the Paris 2024 brand products already available. Over the next three years, the promise is for the French version alone to have over 10,000 licensed products. Milan/Cortina D’Ampezzo 2026 and Los Angeles 2028 products will be added later.

The other is called the Olympic Heritage Collection, which offers products that use art and design elements from previous editions of the Games, such as souvenirs, mascots and clothing items. Finally, there is the third Olympic Collection, aimed at the young public. Items include toys, games, bags, stationery and sports equipment.

For launch, one of the items available are trivia cards, available in English and French, which the IOC considers an ideal festive gift for an Olympic fan, who can thus test their knowledge of Olympic trivia.

“This is an exciting release for us as fans from a wide range of regions will be able to purchase official Olympic merchandising and connect with the magic of the Olympic Games ahead of each edition. We will be hosting this new store in Paris 2024, Milan/Cortina d’Ampezzo 2026 and Los ANGELES looks forward to collaborating with the 2028 Organizing Committees to interact with a wider fan base and offer collections that express the values ​​of the Olympic Movement online with the IOC’s Global Licensing Strategy,” the IOC said. said Timo Lumme, Managing Director of Television and Marketing Services.

It is worth remembering that, until now, the official licensing program for each Olympic edition was the responsibility of the host country’s local organizing committee (LOCOG), while the National Olympic Committees (NOCs) license companies to produce specific souvenirs for teams. Could give In their own country.. Until recently, the IOC operated a worldwide licensing program only in certain categories, such as films and video games, which led to a local increase in merchandising activities immediately before, during and after each Olympics. increased by, but time to drop the remainder rapidly.

With the new initiative and partnerships with fanatics, the aim is to use data insights to understand and improve relationships with Olympic fans. In addition, using e-commerce to seek new licensing partners to generate new revenue for the Olympic movement, also reaching new audiences.

“Let’s go before we go, but I think over time, the goal here is to not only go global, but also to start creating the kinds of services and products that fans really want. I think here The exciting thing is that, unlike football and professional sports in the United States, we are just scratching the surface to better understand the Olympic fan. We can gather a lot of insights”, Lumay summarized in an interview with British website SportBusiness.