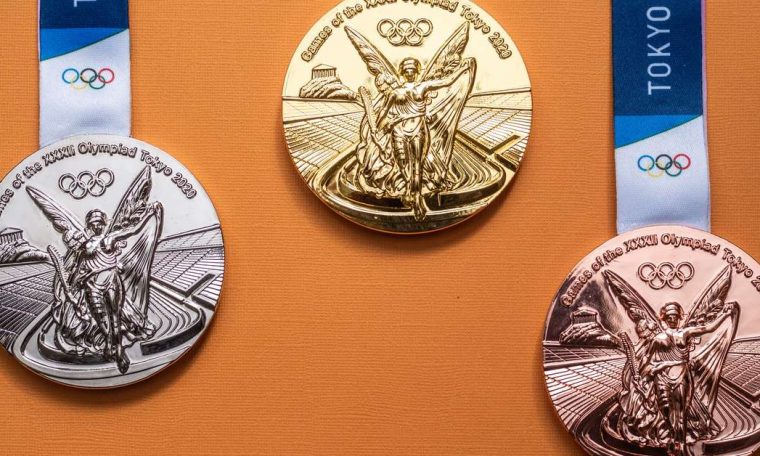 On this Sunday (8), the whole world said “see you soon” for the Tokyo Olympic Games and started preparing to host the Paralympic Games starting on the 24th.

With the end of the Olympics, one of the most searched topics on Google was the “2021 Olympic medal table”. To the surprise of a total of zero people, the United States tops the medal rankings, having taken in no less than 113 medals, no more. Second on the table comes China, with 88, and in third place, with almost half the medals won by the ranking leader, is Japan with 58.

Brazil finished 12th with 21 medals with 7 gold, 6 silver and 8 bronze. The campaign in Tokyo was slightly better than the campaign experienced at the Rio Olympics, when the country finished 13th with a total of 19 medals.

What does the medal table and the world economy have to do with it?

The answer to that question is simple: Everything! The top three positions in the medal tally in 2021 were occupied by the world’s three largest economies, according to a report prepared by economist Alex Agustini of Austin Ratings, a Brazilian risk rating agency published by CNN.

The report was based on global growth projections made by the International Monetary Fund (IMF) and brings out the ranking of the world’s largest economies in 2021. Check the figures given below:

Now, let’s take a look at the Tokyo Olympic medal board:

Note: In the Olympics, the United Kingdom competes like Great Britain.

Russia, like the economic powers of China and the United States, takes the practice of the sport seriously, with so-called “Olympic reserve schools”. In 2012, Jornal National visited one of these places and explained how these places work.

“We visited one of Moscow’s Olympic reserve schools. Four of these are in the city; a total of 36 across the country. Students are not selected so early. It happens in adolescence, at age 14. Schools The director says that there are observers who follow all the competitions held in this age group. The highlights are invited to undergo a special assessment. Only then it is decided whether to enter the school or not. In an article published in 1. 19 sports are practiced in these centres.

Today Russia ranks 11th in the ranking of the world’s largest economies, just two places ahead of Brazil. However, there, sports and sporting events have a different weight, investment and meaning – even if the country is not part of the top 3 of the world economy.

In the end, the answer to the question we asked at the beginning is inconclusive, after all, the world’s largest economies top the medal table, but they are “only” because of this or that sport’s importance. And the incentive to practice sports?