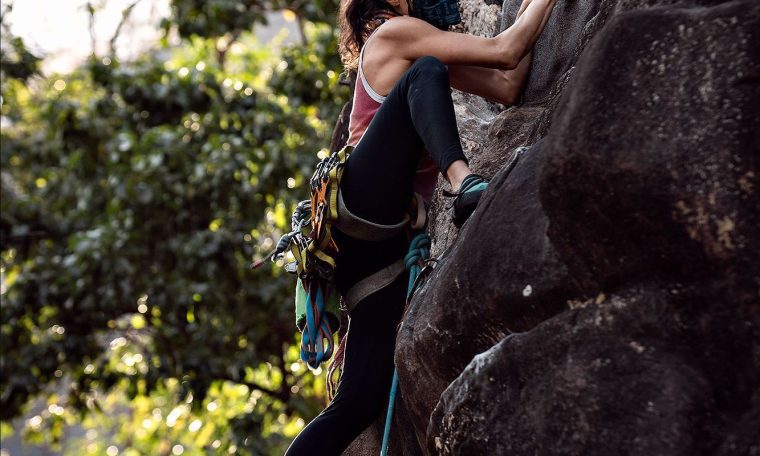 The last 30 days have been very stressful for Marina Dias. The 39-year-old from So Paulo, who had never competed outside the country, competed in two stages of the Paraclimbing World Cup, becoming the first Brazilian to compete in an international tournament of modalities. Debut, in late May, came with a gold medal in Salt Lake City (USA). Last week, in Innsbruck (Austria), she won bronze.

Since the discovery of paraclimbing in 2009, Marina Dias has already won two medals at competitions abroad, the last of which inside the house In Innsbruck (Austria) – Slobodan Miskovic / Rights Reserved

To compete in Salt Lake City and Innsbruck, the marina had licenses and inscriptions paid for by the Associacao Brasileira de Escalada Esportiva (ABEE) and the travel budget through an amateur sports support program run by the city of Taubate (SP). Received part of Where Live. The other part was funded from its own resources. Before moving to Austria, she also did “online crowdfunding” to help with expenses (airfare, land transport, food and accommodation), which was valued at about R$16 thousand, raising about R$3.5 thousand.

Unlike rock climbing, which entered the Olympic program at the Tokyo Games (Japan) and was retained for Paris (France) in 2024, paraclimbing is not (yet) part of the Paralympic movement, hindering the search for financial aid. Puts. The modalities for entering the Paralympics in Los Angeles (United States) only from 2028 are cited.

“I think from that moment that [a paraescalada] To become Paralympic, we will have more visibility and support. This will depend a lot on the number of athletes competing in the world circuit. especially in the last [dois] For years, because of Covid-19, there were not a very large number of athletes. I hope this will be taken care of. There is also that side of me going to competitions. I know that, with more athletes competing, the chances of becoming a Paralympic sport increase and contribute to the integration of climbing into the Olympics”, Marina said, Brazilian Agency.

Since 2009, the left side of Marina’s body has been affected by multiple sclerosis, a degenerative disease. She used to run, but the pain pushed her to other physical activities and motivated her to climb. The passion was immediate.

“I know how difficult it can be sometimes, when your body isn’t obeying, to build up the courage to lead an active life. There are many studies that show that practicing physical activity has multiple Good for people with sclerosis and they tend to do it. Reduce the progression of the disease. Therefore, climbing is not just a sport, it is a lifestyle. We climb, train in the gym, But climbing also takes place in nature. Along with climbing, I manage to have this healthy lifestyle, which takes me to beautiful places and is good for your health”, he explained.

Marina began competing in 2020, just before the pandemic, combining more intense training with work. He is also a professor at the Institute of Science and Technology (ICT) of the Federal University of So Paulo (UNIFESP) in So José dos Campos (SP), a municipality of Taubate.

“I work [na universidade] Training all day and only at night, which, if you compare with a professional athlete, is not enough. If climbing becomes Paralympic, I guess I’ll have to negotiate travel reduction, something like that, to dedicate myself more to training. [risos], I have a lot of perseverance, I think that’s a positive point for me”, said Paulista, who has a doctorate in chemical engineering.

“With climbing, I can have this healthy lifestyle, which takes me to beautiful places and is good for my health”, reveals Marina Dias with bronze medalist inside the house In Innsbruck (Austria) – Andrew Oliveira/Reserve Rights

Participation in national tournaments recognized Marina for representing Brazil in competitions outside the country. In addition to the unprecedented opportunity to face rivals from overseas, they will face the challenge of facing bigger walls than they were used to climbing. For example, the gym where he trains is nine meters high, which is half the height he needs to climb in Salt Lake City.

“We almost don’t have gyms like that in Brazil, so I trained to gain resistance and get to the end. I believe the athletes I encounter are used to this type of wall When I got there, I tried to train in a gym to at least hold my hand [peças fixas que escalador utiliza para subir], because they are different from our habit. We need to know where it is good and it will be safe. In the end, I think the preparations worked and I won the medal,” he recalled.

The competition in Innsbruck was Marina’s last in 2022. She still intended to compete at the Villars (Switzerland) stage of the World Cup in July, taking advantage of the fact that she was in Europe, but the financial issue weighed heavily. The calendar for next year has not yet been released, but the main event of paraclimbing will be the World Championships in Bern (Switzerland) from 1 to 12 August. Paulista hopes to be there, who knows, repeat the exploits of Rafael Nishimura, the current president of ABEE and the first Brazilian to reach the podium in the competition with a silver medal at the 2012 edition in Paris.

Paraclimbing consists of four classes, all with subcategories in which athletes are distributed according to the degree of comorbidity – the lower the number, the greater the loss. The RP class brings together climbers with disabilities that affect range and strength and is divided into RP1, RP2 and RP3 (in which Marina competes). Class B (blind) are visually impaired athletes, who can rely on the support of a guide (who guides them through a headset) divided into B1, B2 and B3. The AL and AU classes, aimed at athletes with limitations in the lower and upper limbs respectively, have two subcategories each.

See also  The Paulista shutdown must be completed, but it shows the failure of the governor of São Paulo. PVC blog