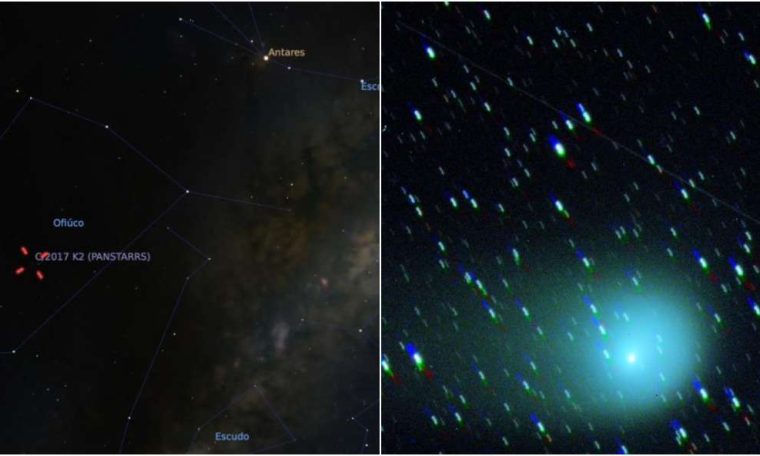 hey K2, one of the most distant active comets, will reach Earth’s maximum approach this Thursday (14). is located in the constellation of OphiuchusIt can also be seen with small binoculars or binoculars. information is from Brazil Agency,

According to the National Observatory (ON), K2 will not be visible to the naked eye, but it will still be possible to observe. “It can be observed with the use of small telescopes or even binoculars, as long as the observer is in places with less light pollution, that is, deep space,” explained Oen, researcher from the observatory Markel Evangelista Santana.

K2 will be at a distance of about 270 million kilometers from our planet. still according to the physicist, the observers who are in southern hemisphere This will be a privileged view of the comet for much of the night.

How to observe Comet K2?

There will also be a youtube channel Virtual Telescope Project live stream The path of the comet on its official channel, starting at 19:15:

K2 was first recorded in May 2017 by the Hubble Space Telescope between the orbits of Saturn and Uranus and 2.4 billion kilometers from the Sun, that is, 16 times further from the Sun.

The comet was already active at the time of its discovery and has been moving towards the Sun ever since. According to some recent work, comet C/2017 K2 may have started its activity when it was beyond the orbit of the planet Uranus.